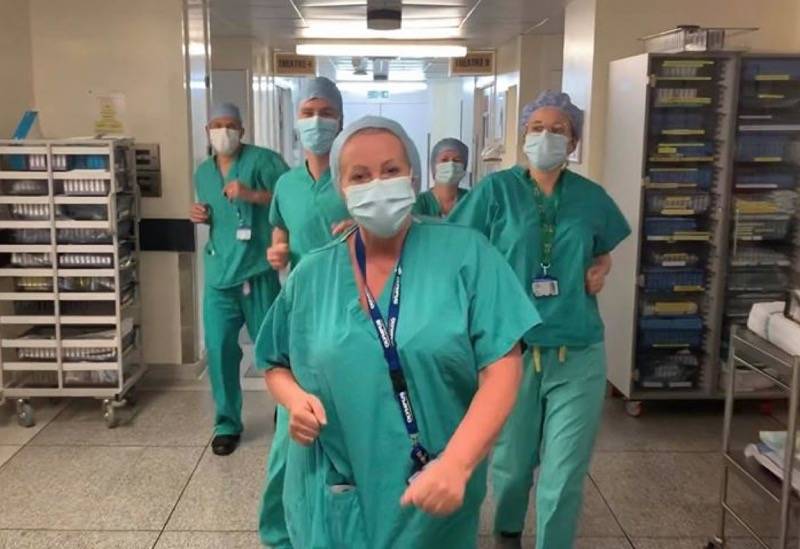 NURSES from Barnsley Hospital took part in the recreation of a famous comedy sketch by Peter Kay.

The staff from the hospital posted a video online last week showing their support to everyone at home by dancing along to ‘Is This The Way To Amarillo?’ by Tony Christie.

The video has since been shared more than 2,000 times on Facebook, with thousands more viewing the routine.

Katy North, a nurse at the hospital, was the person filming the re-creation take place.

She said: “We decided to do it as a way of boosting morale among us and I feel we certainly did that.

“It worked quite well too because we’ve got a long corridor on the ward.”

Katy, who lives on High Street in Wath-upon-Dearne, has worked at the hospital in some capacity since 2000.

“A lot of people who have seen the video have donated to the NHS and that’s what we were aiming for – it’s a great cause,” the 41-year-old added.

“The support has been absolutely fantastic, everyone has been so positive – I haven’t seen one negative comment.

“There were 11 or 12 of us involved in total, we love to support our own staff.”