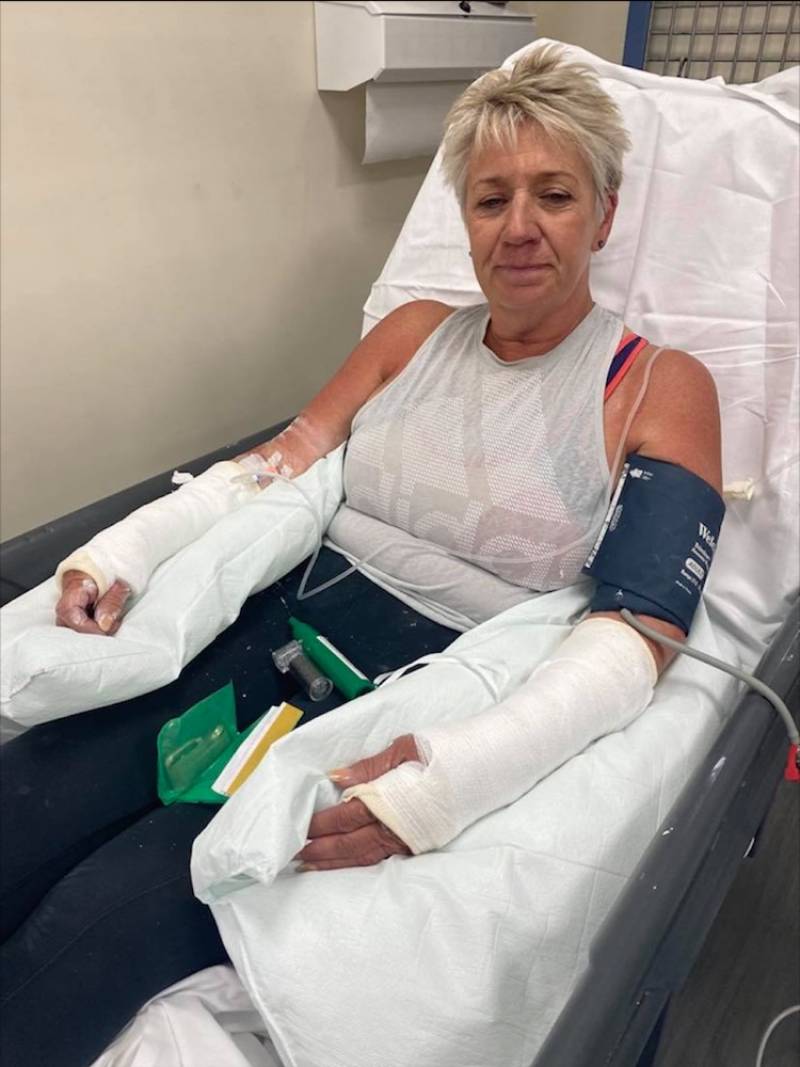 A WOMAN who launched a social media appeal to find the person who helped her when she broke both of her wrists has been reunited with the good Samaritan.

Tracey Parker, from Kexbrough, posted a Facebook post asking for people to help her find the young woman who stopped and helped her by issuing first aid when she had fallen.

Tracey, 57, was walking through Cannon Hall’s park when she fell over a small barrier and broke both of her wrists.

“I was walking to go and meet my husband at his allotment, and at the end of the path to get to Cannon Hall shop is a small barrier.

“After noticing there were repairs in the direction I wanted to head in, I turned back on myself – and fell over the barrier.

“My wrists took all of the impact and I knew immediately that I had broken them as they were disfigured.

“I think I went into a bit of shock because I was on my own and needed help because I couldn’t get to my phone.

“Luckily, a young lady pulled up and got straight out and reassured me immediately by asking what the problem was.

“She made me a sling from my tracksuit top and she stayed with me and did an amazing job even though I was in a lot of pain.

“I thought because of self-isolation that people may not be happy with helping me.”

Touched by the help she received, Tracey asked her friends on Facebook to help her find the good Samaritan.

Jessica Wright, 20, then contacted Tracey on Facebook after seeing the post to say that she was the one who had helped her.

“The next day I made it my mission to find her to say thank you, and all of my friends got behind the post and it got shared from there – the reaction took me aback.

“Because of the attention the post got, she got in touch with me and we’ve been talking ever since.”

Jessica, from Ardsley, said that her first aid experience helped her to support Tracey.

Jessica added: “Helping people has always been a passion of mine, ever since I did first aid training.

“When I saw Tracey in obvious agony, I just wanted to help as much as I could.

“I saw her that her wrist wasn’t as you would expect and she was in pain.

“Unfortunately I didn’t have a first aid box in my car or anything so we just made do with Tracey’s jacket to make a makeshift sling.”

Tracey and Jessica now have plans to meet up and reunite properly once the lockdown is over.

“My mum’s friend saw the post on social media and that’s how I ended up finding out about Tracey’s post and that’s when I got in touch.

“I can’t wait to meet up with Tracey, I’m so pleased that she’s feeling better and it’ll be great to meet again once this is all over.”