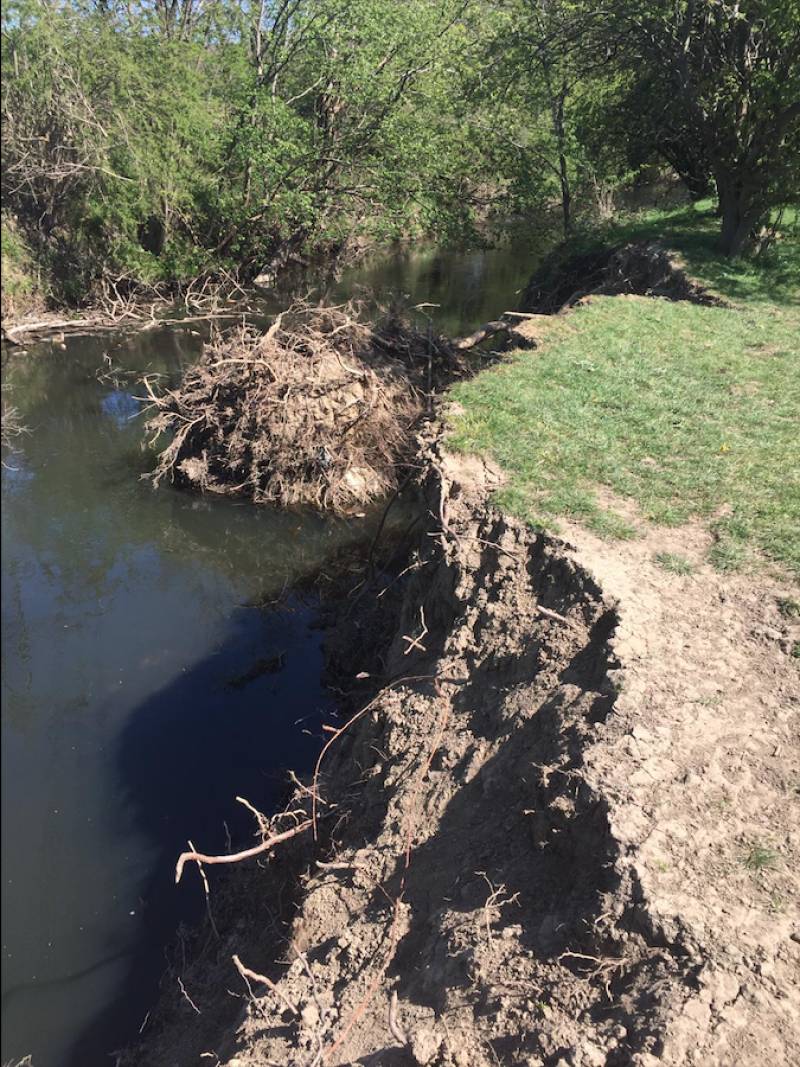 DEBRIS caused by the aftermath of high river waters that blighted Darton last year could cause further flooding, according to local residents.

Concerns have been raised by local walkers after spotting banks deteriorating and trees which have fallen into the River Dearne on its way through the village.

Residents now fear that the debris could cause a backlog of water, especially during recent warmer weather, which could lead to more flooding during rainfall as has been seen in Low Valley.

Linda Wilding, the secretary of the Low Valley Flooding Group, said: “I know that the issues happening on the Dearne are also happening similarly along the River Dove and towards the river bridge too.

“There are parts of the bank that have deteriorated since the floods, and now the warmer weather is drying them out causing the collapse of the banking.

“This area has a designated footpath so it could cause implications to the public.”

Linda has raised her concerns over the deterioration of the banks, and the dangerous consequences of leaving it unattended during hot weather.

“While I understand that the lockdown has halted progress with flooding prevention, we must continue to help ourselves while this is in place.

“At the moment, all of the agencies are unwilling to come and view the situation.

“My worry is that after this warm spell if we then have heavy rain, this will totally destroy the banking and footpath.

“This will have a detrimental effect for the environment and on our wildlife in this area, we have kingfishers, water voles, grass snakes and otters were spotted in the area last year.”

Flooding concerns have been high on residents’ agendas in recent months after plans for a 73-home development on land off Darton Lane were submitted to Barnsley Council, much to local councillors’ dismay.

The site, which a planning document suggested had no issues with flooding, resulted in a 100-strong public meeting being held in a bid to oppose the scheme.

Richard Denton, who is leading the campaign in Darton, said: “A re-think on sites identified in the local plan needs to happen and the recent flooding events shows exactly why.

“The planning process is heavily weighted towards developers as the council is under pressure to deliver housing across the borough, but clearly it’s a flawed system as the Darton Lane site supposedly has never experienced flooding.

“That’s absolutely incorrect – it was badly affected earlier this month, much of it was underwater and it’s not the first time it’s happened.

“We are determined to have our voices heard and to expose how this will do harm to our environment, infrastructure and neighbourhood.”

Coun Steve Hunt, who represents the Darton East ward, added: “When it becomes clear that sites along the River Dearne are unsuitable, the council should look elsewhere. I have been contacted by residents who are extremely concerned, like I am, about this development and the negative impact it will have on the area.

“Flooding is a growing issue each year as we see more extreme weather events.

“There have been a couple of flooding events on Darton Lane, adjacent to the proposed site, already this year.

“I understand that due to a growing population there is a need for more housing in Barnsley, but all plans submitted should be properly scrutinised and must take into account the views of local people.”

“Highways is taking advantage of no traffic to do a lot of work with gullies and drainage along the road network.

“Even though Covid-19 is our main priority at the moment, we haven’t forgotten them and are still working.”