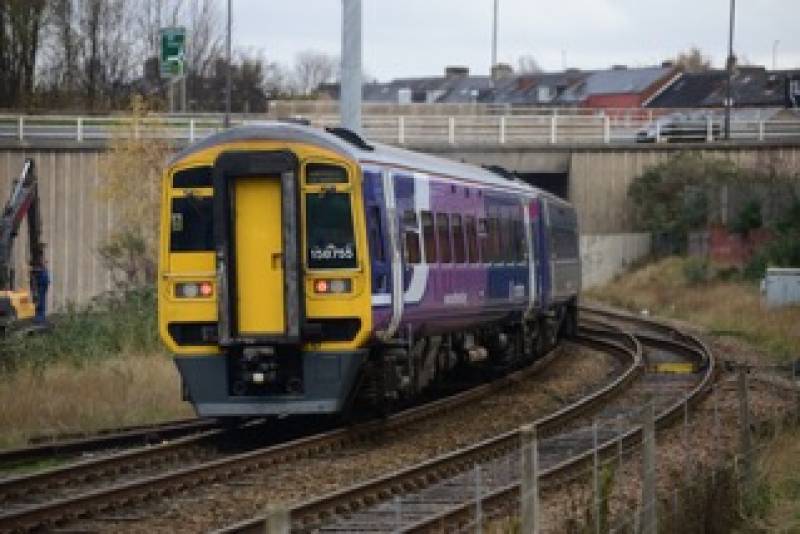 AN urgent warning has been issued by transport bosses after a spike in trespassers were reported dicing with death on Barnsley’s rail network.

Since a government-imposed lockdown came into force on March 23, 57 incidents have been recorded on tracks which go through the borough.

Instances include a man jumping over a fence onto the railway with his daughter to collect firewood, children dangling items from a bridge over the tracks, four quad bikes on the railway and youths on the railway under a bridge, with one being seen running across the tracks by a train driver.

A Network Rail spokesman said: “Trespassing is illegal, extremely dangerous and can have fatal or life-changing consequences.

“Railway lines are used 24 hours a day, seven days a week. Trains travel at high speeds and cannot stop quickly or swerve out of the way.

“As well as other hidden dangers on the tracks, a deadly 25,000 volts run through the overhead wires, which are used to power some trains.

“This equipment is always on, even when there are no trains around. Nine out of ten people who come into contact with the overhead cables die, and the remainder suffer life-changing injuries.

“Almost one-third of the trespass incidents recorded since lockdown involve children or young people. Network Rail’s team of community safety managers visit schools across the region and engage with communities to raise awareness of the dangers of trespassing, but in the current situation many events have been cancelled.”

Some groups of teenagers have been condemned for failing to adhere to social distancing guidelines by police in Barnsley – who warned that fines will be dished out where appropriate – but it’s hoped the latest plea will prompt youngsters to stay away from potentially deadly lines on which some trains travel at speeds up to 125mph.

Dawn Sweeting, community safety manager for Network Rail, said: “These trespass incidents are shocking and show many people are oblivious to the dangers they are putting themselves, their friends or their loved ones in.

“It’s never safe to hang around on the railway or use it to take shortcuts, but sadly too many people ignore the warning signs and take risks that have resulted in tragic consequences.

“We’ve seen a worrying number of incidents at a time when people should be following government guidelines and staying at home where possible. We are urging people to stay safe and stay off the tracks.”

British Transport Police vowed to step up patrols as a result of Network Rail’s concerns.

Superintendent Alison Evans added: “Safety is our number one priority and we are continuing to proactively patrol.

“The railway is an extremely hazardous place, and trespass incidents like these can quite easily lead to death or catastrophic injuries.

“I’d urge parents and carers who live in the area to check where their children are playing and speak to them about the risks of the railway, so they understand that everyone loses when they step on the track.”