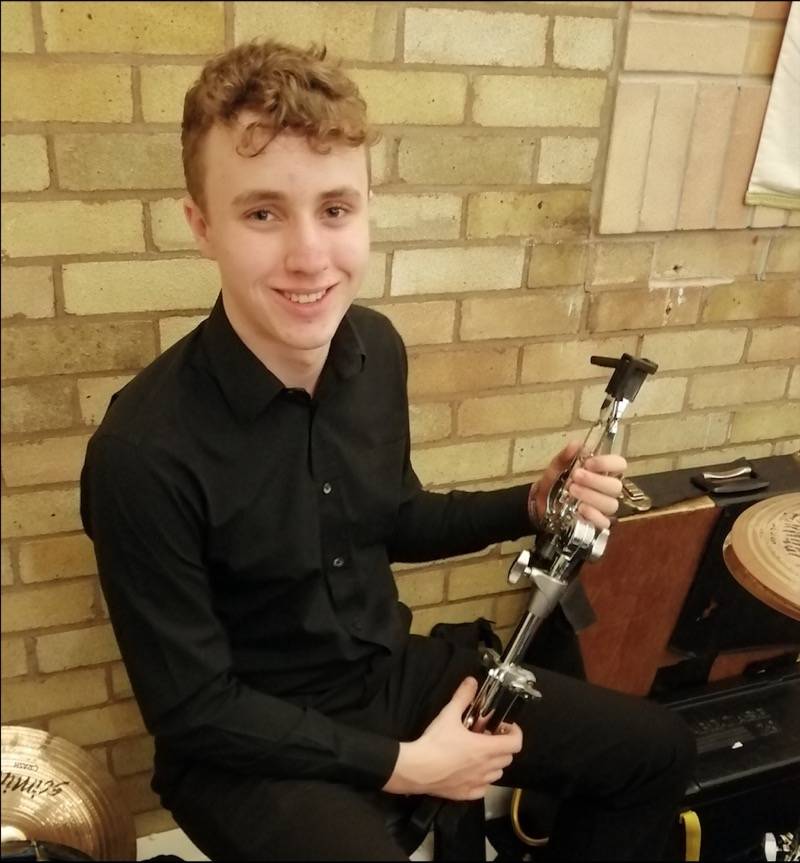 IT would be no exaggeration to say drumming is Jack Haigh’s life.

He’s only 14, and yet the Silkstone Common teen is already ‘taking the thrash metal world by storm’, having had thousands listen to his new band’s debut EP.

Jack was headhunted by the Manchester-based band Steel Mage, after amassing almost 10,000 followers on Instagram – where he shares regular videos of his playing.

Most recently, his skills got him to the final of the Young Drummer of the Year contest, where he was the youngest player to reach the final ten.

Jack, who at 12 was the youngest student of local teacher Richard Quinn to pass his grade eight exam – the highest grade possible – started learning drums shortly after he started walking and talking.

Dad Russell, 46, said: “He would’ve been two or three, and we would be listening to music in the house when he’d start tapping out the rhythm on the table.

“Judith, being a musician, realised he was completely in time.

“I got a drum kit from a friend of mine, and we just let him have a go.

“We’re pretty laidback and leave him to do it, and our neighbours are pretty cool about it as well.”

Jack, who also plays trumpet, added another string to his ever-expanding bow by teaching himself guitar.

From the age of six, he has drummed with the Barnsley Music Service, since performing in the Barnsley Metropolitan and South Yorkshire Police brass bands – even taking to the stage at the Royal Albert Hall with the National Youth Jazz Collective.

Through social media, he’s become an advocate for promoting drumming to young people, creating online lessons and cover videos – recorded in a spare bedroom turned into a semi-studio.

Metalhead Jack’s ultimate aim is to become a professional musician.

He was picked out by a band to act as their understudy drummer at the upcoming Download Festival in Donnington Park – which was unfortunately postponed, but his dad said it was still ‘unbelievable’ for the youngster.

“He’s come on leaps and bounds, especially now with the band,” said Russell.

“His desire is to be a professional drummer for a living.

“He’s got to grade eight, but he still wants to continue learning every style of music. He has a natural ability to adapt to different rhythms.

“He really likes the technical side of it, and he’s a massive gear freak.

“The band’s got fans all over the world – he’s now connected with people as far as America, Poland, and Australia.”