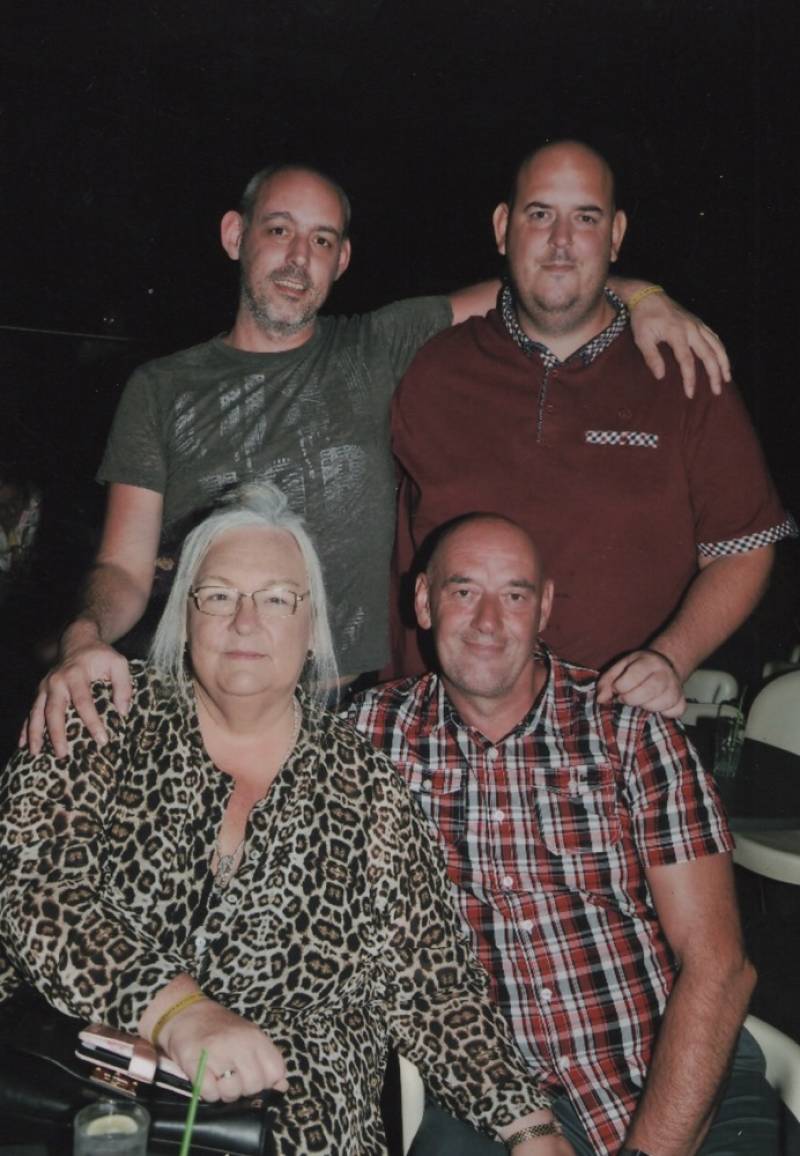 A MAN who stood just ‘feet away’ from his hospitalised mum – but was unable to see her due to visiting restrictions – in the days before her death hopes other families don’t have to go through the same heartbreak.

She had been in hospital since the previous weekend, having been diagnosed with cellulitis and undergoing an endoscopy which was stopped after doctors found blood in her stomach.

Her son Liam, 40, said she had been in good spirits despite the ordeal – even up to the Sunday morning – but the fact that visitors had been restricted due to the hospital’s coronavirus strategy meant the family would never get to properly say goodbye.

Visiting hours at the hospital were cut last month before all visits were suspended.

“For a whole week, she wasn’t allowed any visitors which was really painful for the family,” said Liam, who lives in Barnsley town centre.

“It was hard going to the ward and knowing that she was feet away from me, but I couldn’t see her.

“We never expected this whole situation to have unfolded the way it has.

“Less than three weeks before, she’d put a picture on Facebook of people out in parks thinking it’s a holiday and ignoring government advice, with a message to those people.

“She had been worried about her parents. I never ever thought I’d lose one of mine.

“People need to realise what’s happening is real, and to stay at home to make sure as few people as possible are going through the hospital.”

With Pamela’s husband Gary, 60, living in Royston, Liam passed messages and family photographs on through the nurses who looked after her.

The day before she died, he’d handed a photograph to a nurse in the car park – and received a phone call from his mum, the last time the two would speak.

He said: “I was trying to keep the family strong, and keep doing those little bits like sending messages across that we were still there, even though we couldn’t see her.

“The nurse said she’d been putting the world to rights that morning.

“I walked home and my mum rang me back, and I’m happy that I got to speak to her on the phone and she felt well enough to have that short conversation.

“If it wasn’t for that, I wouldn’t have been able to tell her I loved her for the last time.”

Pamela and Gary were due to celebrate their 42nd wedding anniversary earlier that week.

She had been in coronary care, before being deemed well enough to return to the ward.

Liam said it had been unclear what caused her rapid decline, but it was thought she had gone into septic shock.

“The hospital rang my dad and asked if he could go up, as they didn’t think she was going to make it and there was no time to get her back on a respirator,” he said.

“Doctors said that because of the current situation, she wouldn’t be a suitable fit for life support.

“She could’ve made a full recovery from there, we don’t know. But they explained the reasons, that it could cause more harm than good in her condition.

“The nurse I spoke to had tears in her eyes. I think it even came as a shock to the staff.

“She’s always been a caring and loving person, not just for me, my brother and our dad, but for the whole family.

“If anyone had anything at all they needed help with, she was always there.”