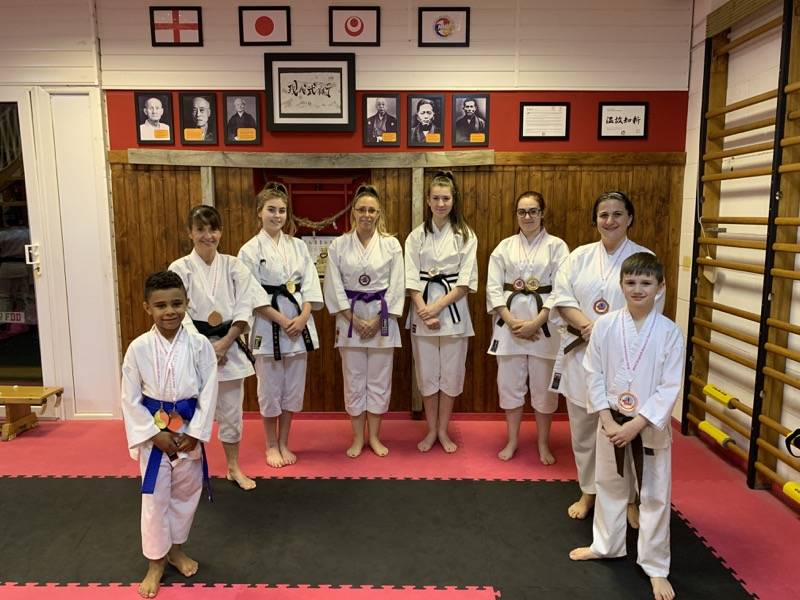 A YOUNG martial arts squad who became world champions have been nominated for a Young Champions award.

The group compete in kickboxing, kata and kumite around the world and last year came away with gold, silver and bronze medals at the tournaments.

Sarah Moss, the chief instructor at Modern Martial Arts, said: “The amount of extra work that the team have put in is absolutely outstanding.

“We compete at such a high and competitive level that the extra work is needed.

“Throughout the year, they have trained between five and six days a week, and showed a real dedication and commitment to their training.

“Their approach to the competitions are mature, and they always show excellent sportsmanship and respect at all times.

“In October, we competed at the World Championships, and six members came away with a medal.

“We’re a small team of eight, so to see the national and global success they’ve had is absolutely unbelievable.

“The team work incredibly hard and make sacrifices to be able to compete at this level and we are so proud of them.”

Sarah is just as involved with the team as the members, and thinks that the hard work of the team is shown in the medals they’ve won.

“As an instructor, we’re often more nervous than them, we’re stood by the sidelines cheering them on.

“But every time, win or lose, they make us so proud.”

The Barnsley team’s success has earned them a nomination for ‘Young Team of the Year’ at the Young Champions awards.

“It’s absolutely fantastic for the group to be nominated. I couldn’t believe it when I heard the news.

“The kids will be thrilled to hear that their success has been recognised.

“They deserve recognition for their hard work and great success last year, long may it continue.”