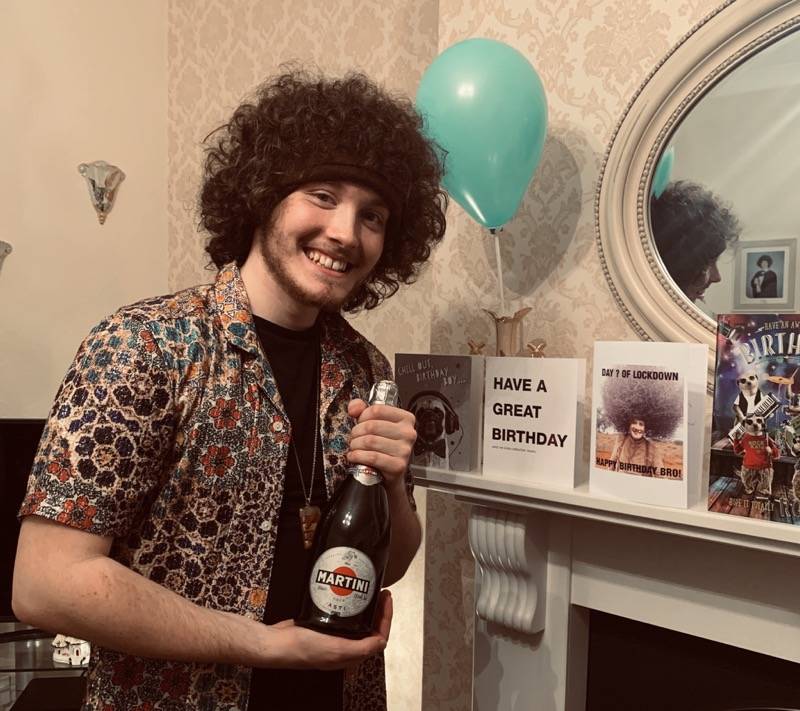 A LOCAL musician managed to spread joy to his fans as he performed an online gig to celebrate his 22nd birthday.

Tom Masters, of Woodstock Road in Wilthorpe, marked the occasion on Monday but is having to self-isolate.

This wasn’t something that was going to stop the budding singer as he decided to perform on his Facebook page.

He said: “With everything going on right now I just thought it would be a good idea to try and spread some joy on my birthday, and what better way than to perform.

“Obviously due to the current pandemic I’ve not been able to go about my day-to-day life and go to my gigs, so this seemed like the perfect plan.”

The online gig was a huge success for Tom, at one point even reaching 200 live viewers, and the stream had over 6,000 views.

“The support I received from everyone was absolutely fantastic, I can’t thank people enough as it really made my birthday feel special,” he told the Chronicle.

“During the stream I managed to receive my first two radio plays for my debut single ‘Breakthrough’ on Koast Radio in Newcastle, and even a play on BBC Radio Sheffield.

“It was definitely an amazing birthday present to round off my celebrations.”

Since graduating from Leeds College of Music last July, Tom has gone from strength to strength, releasing his debut single last month.

“I was supposed to be doing a celebration gig for the single on April 18, but this is something that I’m having to rethink now,” he added.

“But with the way this last live stream went, I can’t see any reason why I can’t do it on Facebook and perform for everyone there.”