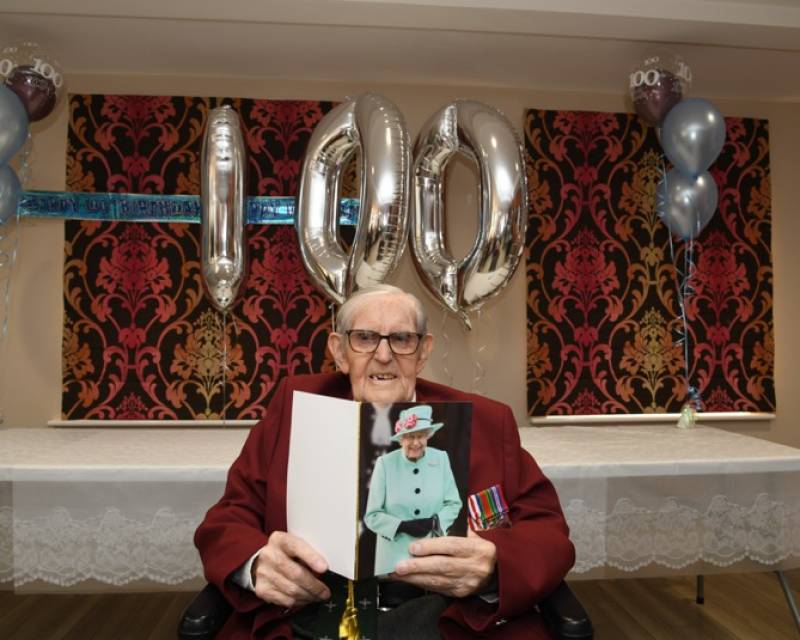 A POPULAR Barnsley man who recently celebrated his 100th birthday died on Monday.

Sergeant Les Attoe, a former resident of Cherry Tree Court, Goldthorpe, was a member of the Barnsley Parachute Regimental Association.

Coun Joe Hayward was a friend of Les’s, spending time with him during his involvement with the Cudworth Para group.

He said: “This is extremely sad news to here at a difficult time for everyone involved, we’d only just celebrated his 100th birthday.

“He was a great man, and absolutely everyone that knew him loved him to pieces.”

Les had spent some of his later life in hospital, but was allowed to leave to celebrate his 100th birthday in February.

“It was great when he managed to come out so we were able to be with him for that special moment,” Joe told the Chronicle.

“Obviously as Les was in a wheelchair it was hard for him to get to meetings, but when we had the opportunity we would bring the meeting to him at Cherry Tree Court.”

Vic Hanson, 74, also a close friend, said: “We lived with each other at the residential home, he was a very mild man.

“Les often joked about how the Russians there were far worse than the Germans which always made us laugh.”

The former paratrooper was made captain of his battalion in July 1943, during the invasion of Sicily.

“He always spoke well of his time there, he was a really nice man to spend your time with,” Vic added.

“I used to take him to and from para meetings a while back which is something we enjoyed doing together.