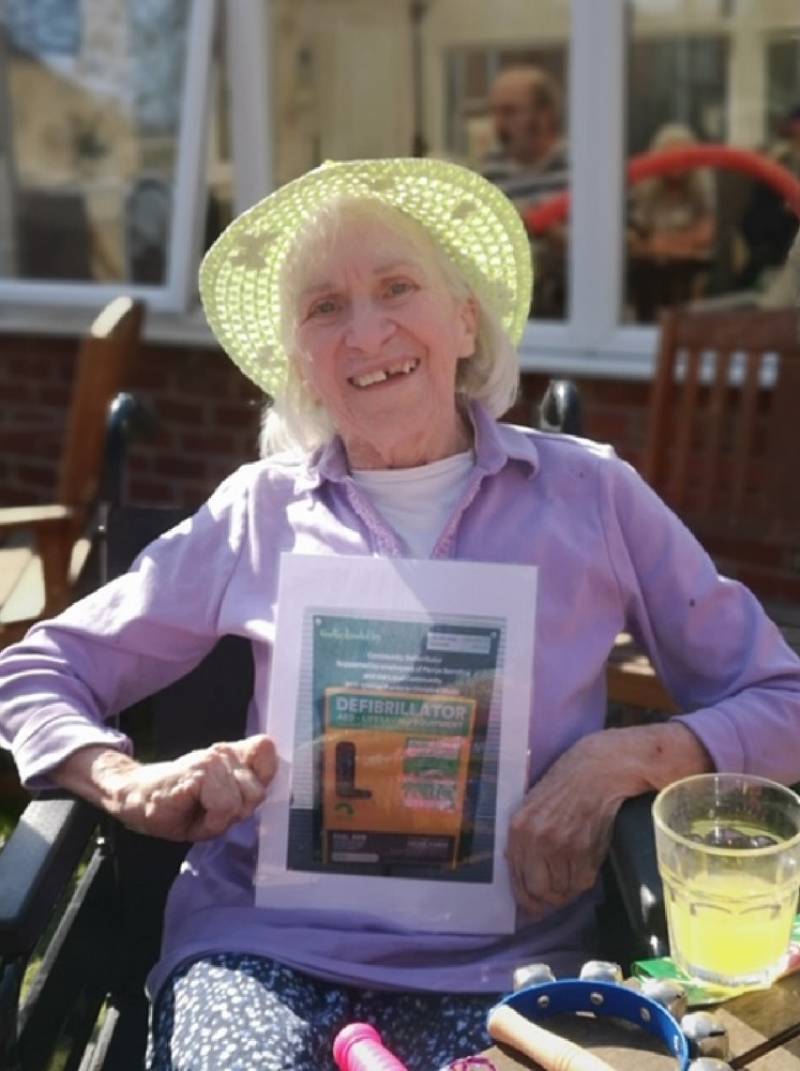 A RESIDENT at a care home has helped raise funds to purchase a defibrillator for the town.

Christine Mudd, 73, joined Autumn House – a residential home – in September as an emergency case before arriving permanently at the end of November.

It was at this point Christine had to give up her home, selling all of her books in the process.

The manager of the home, Anca Pomana, 29, said: “Christine had loads of books in her home, and decided to sell them to raise money for charity as she no longer had any use of them.”

The money Christine raised went towards buying a defibrillator. It is placed outside Perry’s garage in Barugh Green, and allows the public to take action in a worst case scenario.

“She managed to raise about £400 from selling her belongings,” Anca added.

“It’s a great thing for the community and for Christine to do something like this is great.”

Christine wanted to give something back to the community that has helped her so much.

She told the Chronicle: “I just wanted to help someone local and so it seemed like a nice thing to do.

“I realised I had all of these books and nothing to do with them, I decided to sell them but why keep the money for myself when I can help others out.

“The money went towards a defibrillator in Barugh Green and I just think it’s a good thing to do.”

Christine grew up in Thurgoland and recognises all the hard work people in the community are doing a this stressful time.

“As I’m disabled I’m not able to get out and about like I used to, but this isn’t something that has been able to stop me,” she added.

“I’m glad I managed to raise so much money and that I’m able to help people.”

Jane Bilton, who works at the Perry’s store in Barugh Green, said: “It’s a great thing for the community and we’re really thankful for everyone who has helped us, including Christine.

“Staff here helped raise money for it and the funds raised by the community supported us greatly.”