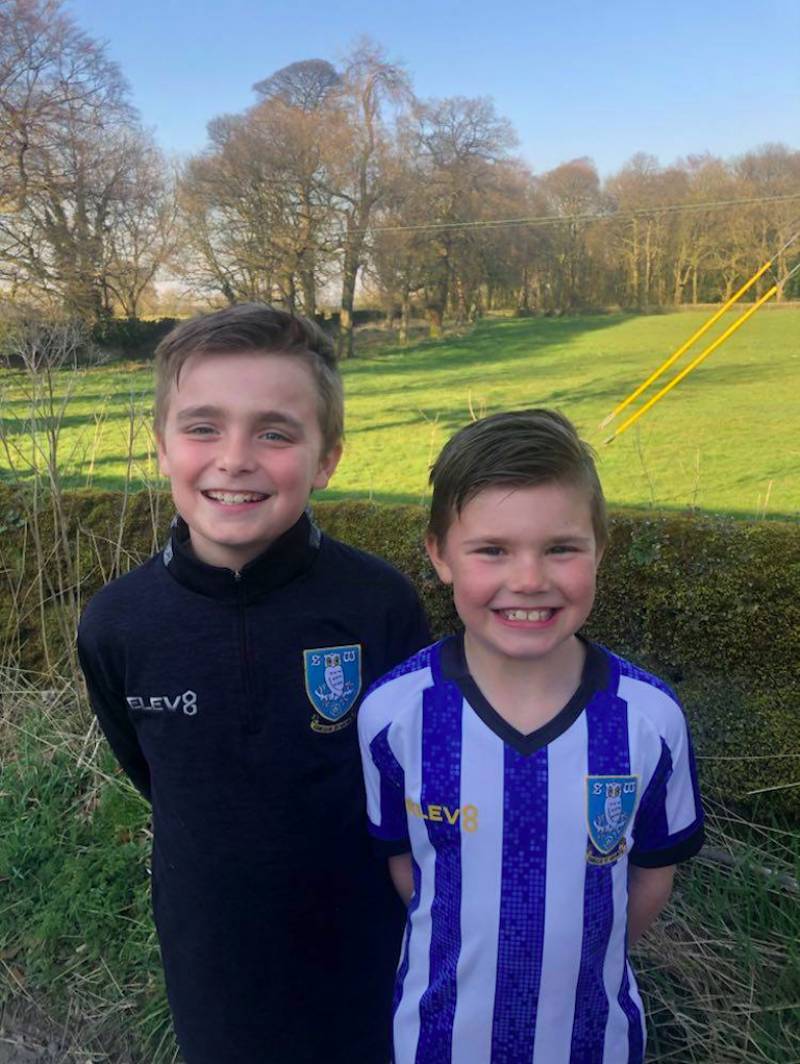 TWO young brothers brightened people’s spirits when they delivered flowers to almost every home in their village.

Ollie Daw, ten, and eight-year-old Louie embarked on their trip round Wortley to deliver tulips to residents to help cheer them up amid the coronavirus outbreak.

Due to the government’s guidelines, the residents of the village have been forced to self-isolate and the boys wanted to do something to help raise the spirits of their neighbours.

“We were at Company Shop in Tankersley when they were giving away all these tulips that would have been thrown away,” said the boys’ mum, Kerry Cammidge, 36. “I couldn’t see them go to waste so we filled up my car with as many bunches as we could but then we had the problem of what to do with them.

“They came up with the idea of giving everyone a bunch along with a hand-written note with their names and ‘stay safe’ on them.”

The boys spent the day giving the flowers to their neighbours but were annoyed to learn that they were just ten bunches shy of giving flowers to the whole village.

“None of us thought it would come to anything but we have been really overwhelmed with the response they got from people,” said Kerry.

“I thought people wouldn’t want them because it’s not food or really useful in any way but to see people smiling was really lovely.

“I think it helped the boys to realise that a kind action can go a long way. They really loved seeing everyone’s face light up when they gave them the flowers.”

One resident who received some flowers was Barbara Lee, who returned from shopping for her elderly mother to find the flowers on her doorstep.

“I saw them when I came home and I thought they were lovely,” said Barbara, 67, of Home Farm Court. “I thought it was such a community-minded thing to do and it really cheered me up.

“You can get a bit down when your routine is disrupted and you can’t go out and do the things you want to do so to have some lovely flowers in my living room really cheered me up.”

The boys have been nominated for a Young Champions award for their community spirit.

The brothers’ actions, along with the response they received from their community have earned them a Young Champions nomination.

“It’s really brilliant,” said Kerry. “They didn’t go out and do this for the publicity but to make people happy given everything that is happenig at the moment. I’m glad everyone in the village enjoyed their gesture.

“They will be so excited that they have been nominated.”