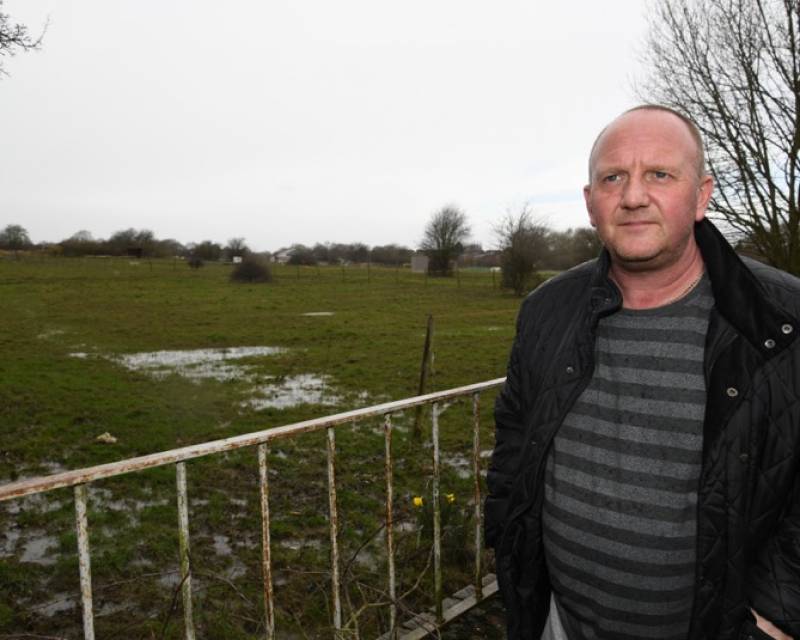 RESIDENTS who live on a flood-prone street are calling for action to prevent future issues - after Barnsley Council’s planned works were ruled out.

Paul Lovell has lived on Sitka Close, Royston, since 1999 and the street has been subject to numerous floods over the years.

Despite his property narrowly avoiding the most recent floods in November, Paul is calling for a solution which the street has been waiting on for more than 20 years.

“There is a farmer’s field behind the close and when it rains the ground becomes saturated and the water runs onto our street.

“We were heavily hit in the 2007 flood and we’ve had several over the years. The council have been out to the site and we have been promised time and time again that the issue will be resolved but more than 20 years later we’re still waiting.

“It’s poor performance from the council and we’ve been told previously that the work shouldn’t take long to do, so why won’t they do it? The issue can be fixed forever but instead we’ve been ignored.”

Coun Chris Lamb, cabinet spokesperson for environment and transport, added: “We’re aware of properties on Sitka Close that were flooded in November 2019, and previously in 2007. The flooding was caused by water running off a privately-owned field which

naturally slopes towards the properties.

“After the flooding in 2007, our officers had detailed discussions with property owners to help with the issues experienced by the residents. We looked into carrying out works on the private land to the rear of the properties by negotiating with the landowner.

“Unfortunately, the results from the feasibility study showed that the proposed works couldn’t be carried out due to the difference in land level between the properties and the adjacent watercourse. As the landowner hasn’t caused the flooding, we can’t enforce action to

carry out any works to improve the flow of water.

“While we appreciate this is unsatisfactory to the residents, we’re looking at the central government’s property grant to protect homes on Sitka Close from future flooding.”