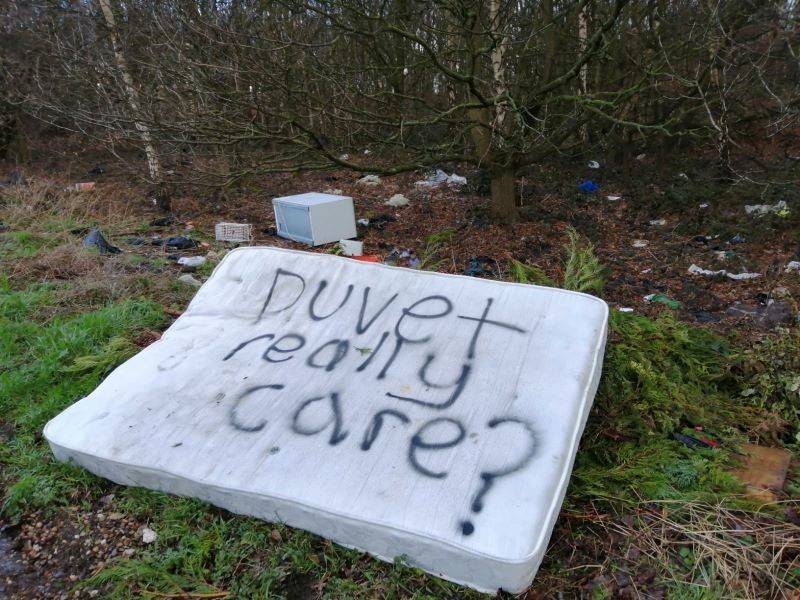 FLY-TIPPERS behind a spate of dumping cases in Barnsley’s secluded spots have been warned to expect court action – or even have their housing tenancies ripped up under latest plans to tackle the scourge.

A Freedom of Information request revealed that the local authority spent £233,436 removing 3,482 fly-tipping cases in 2018/19, a rise on the previous year’s figures.

PC Bev Frisby said: “In recent times we have all seen an increase in fly-tipping.

“In certain lay-bys, entrances to tracks, rural roads, hedge bottoms, it seems nowhere is free from the fly-tippers.

“Barnsley Council work hard to find who is discarding the rubbish.

“Council officers investigate the rubbish to try to identify where it has come from or who it belongs to.

“This can be a very unpleasant job, but staff will search through the rubbish looking for anything that may identify the original owner.

“If someone is identified they could face a hefty fine or even attend court.

“If they are a council tenant, their tenancy could be at risk.

“If you see any fly-tipped rubbish, then report it on the council website. It will be investigated.”

A spokesperson from the Barnsley Council’s neighbourhood services revealed that officers continue to respond to 100 per cent of reported incidents.

“As of March 12, there were 28 jobs outstanding, four of which are in the North Area Council’s wards of Barnsley,” they added.

“Since June 2019 we have responded to 100 per cent of fly-tipping reports within the five-day service level agreement, and our average response time is 2.8 days.

“We are on course to have cleared more than 4,000 fly-tipping cases in 2019 to 2020, predominantly household-related bagged waste dumped across the borough.

“So far we have removed 880 tonnes which is an increase of 180 tonnes from the previous year.

“We work quickly to identify fly-tipping committed on council or privately-owned land and liaise with our colleagues in enforcement and the safer neighbourhood teams when fly-tipping is reported on private land to then inform the owner to remove it.

“A key part of our fly-tipping strategy is co-ordination with multiple stakeholders to target different causes of fly-tipping, this has included signage displayed by our street cleansing team, letter drops in residential areas by enforcement teams and our partner Berneslai Homes.

“And notifications to businesses to inform them of fly-tipping issues related to their products by commercial waste officers and more recently surveillance evidence gathering by both enforcement and neighbourhood services.”