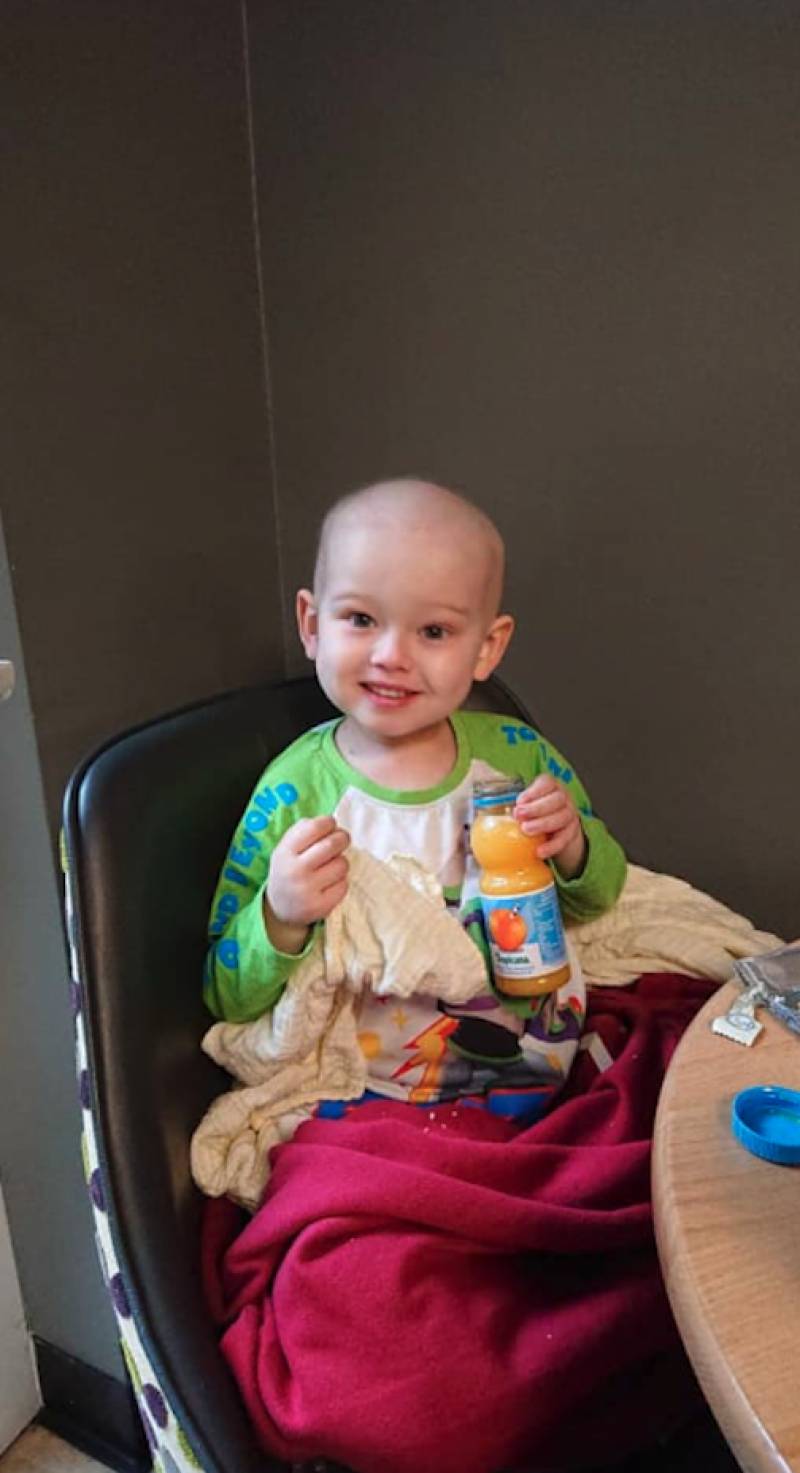 GENEROUS Barnsley residents who have come together for a four-year-old who is battling his way through gruelling chemotherapy treatment have helped break the £50,000 fundraising barrier.

Oliver Stephenson was diagnosed with high-risk neuroblastoma on January 16 and, although the cancer spread from his kidney to his bone marrow, skull and eye sockets, the youngster’s story continues to inspire an ardent following of well-wishers.

Raffles, auctions and head-shaves have taken place in recent weeks – including a recent event at The Outpost pub in Barnsley last Friday – and skydives are all to come in the spring and summer.

The innovative ‘bivalent’ vaccine, which will cost about £230,000 and come after Oliver’s chemotherapy has run its course, has been proven to give kids a much higher survival rate and decrease the chances of cancer returning in following years and it’s this that his family want to pursue in the USA.

More than 1,400 people have donated to the bid since a Just Giving page was set up in the days after Oliver’s diagnosis.

She added: “This is obviously fantastic news and we are thrilled. It only shows that this sample is clear and not his whole body, but from being literally full of it before to clear is brilliant.

“We still have such a long road ahead but we have proof that the chemotherapy is working.

“If there is one thing that this journey has proven it is that good people really do exist and we cannot thank them enough for their fundraising.

“The wires, tubes and drugs don’t bother him but being stuck inside the same four walls is hard work for an energetic four-year-old.

“As always he has been a little superstar and we couldn’t be more proud of our little hero.

“The doctors and nurses at Leeds General Infirmary are absolute angels who work around the clock for the children and we already know we will be donating money back to them after Oliver’s treatment to thank them for their hard work.”

However, further blood tests came back as abnormal and subsequent scans revealed a 3cm tumour on his kidney – which has reduced in size since the treatment began – before doctors uncovered that the cancer had spread.

“The outpouring of love and support for the family has been astonishing and has even put smiles on their faces through this horrific time in their lives.”