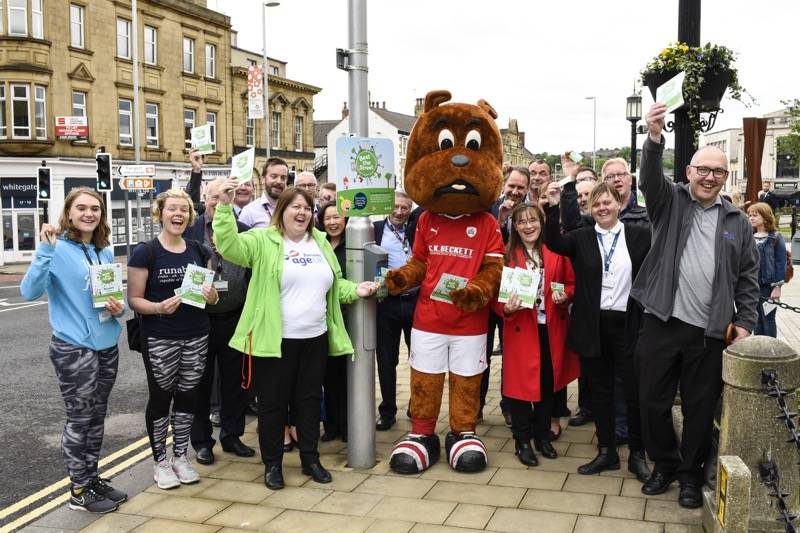 A BARNSLEY-WIDE project which encourages children to be more active will be returning to the town for a second year – after council bosses lauded the pilot’s success for improving thousands of youngsters’ health and helping to combat bulging waistlines.

Beat the Street is an initiative that saw special sensors called ‘beat boxes’ placed on lampposts around the borough and participants walked, cycled, scooted and ran between to score points for their school or workplace teams.

It proved popular last year with more than 25,000 people taking part who walked, ran or cycled a total of 144,810 miles throughout the month-long scheme.

It will return to the borough this summer, from June 5 to July 17, as a result of its success which saw 78 primary schools sign up.

Cabinet spokesman for public health, Coun Jim Andrews, said: “We’ve been delighted at the increased levels of physical activity and the legacy left by Beat the Street and we are pleased to be bringing the game back to Barnsley.

“It really was the talk of the town last time and we’d love to see more people get involved this time. Pick up a card and see how far you can travel.”

Its return comes after it was revealed that one in five reception-age children in Barnsley are classed as obese, and the figure grows to one in three by the time they leave primary school.

Among children and young people in Barnsley – in the five to 18-year-old bracket – 46 per cent are classified as physically active according to a study.

It is recommended that children and young people aged five to 18 should be physically active for an average of at least an hour per day across the week.

Coun Andrews added: “The proportion of Barnsley children who carry excess weight in reception is lower than the England rate, however the rate for ten to 11-year-olds is slightly worse than the rate, but not significantly.

“Our approach focuses on developments to the policies and structures which we live, work, shop, eat and learn within, focusing on the social, cultural and environmental conditions around us.

“Active travel benefits our communities in so many ways, from improving health and wellbeing to reducing air pollution. We’re really excited to have Beat the Street here in Barnsley again and can’t wait to see everyone joining in.”