Takeaway owners look back on 33 years 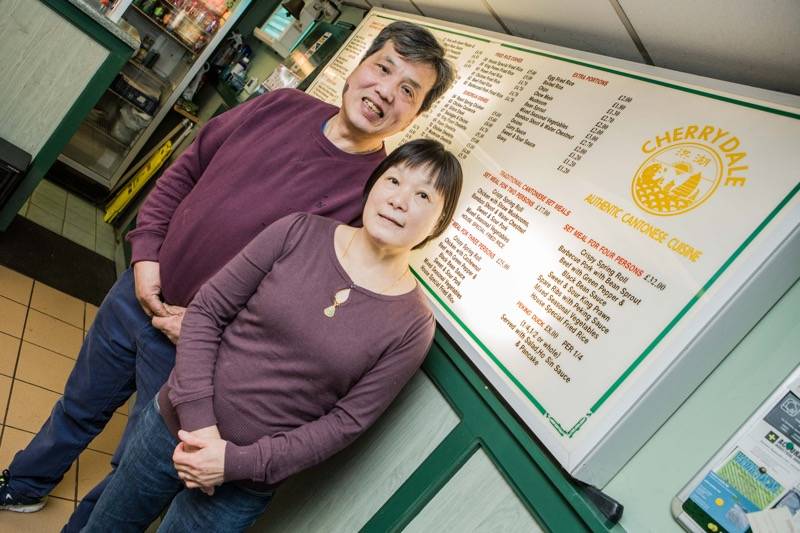 A LONG and happy retirement is definitely on the menu for a much-loved Penistone business couple.

For after 33 years running the town’s Cherrydale Chinese takeaway, Jim and Dora Lee are calling it a day.

Sunday will be the last time they serve up food at the Market Street premises and there will be more than a tinge of sadness as the era comes to an end.

The couple’s retirement has been triggered by Dora, who is 61.

“Without her I would be nothing,” said Jim. “She has worked alongside me as the business grew and grew. But she wants to retire – and she doesn’t want to do that without me.”

Jim is originally from Huddersfield, where his father opened the town’s first Chinese takeaway in 1965. After studying catering at college, he worked at the Hilton in London and hotels in Bradford and Harrogate.

Eventually, he took over a Chinese restaurant in Harrogate and within a year was area manager running four outlets.

“Then I thought: why do this for someone else? And it was always my dream to run my own restaurant. But Harrogate was too expensive so while visiting family in Huddersfield I came across Penistone and it started from there,” said Jim.

His brother Mark worked with him at Cherrydale at first as it started out as a restaurant. The business became just a takeaway after Jim suffered two strokes.

He also did outside catering – as a bit of fun to start with – but the service became well known and got bigger. The farthest order Jim did was to a place north of Inverness and the biggest event he catered for was for 3,500 people at Windermere.

Jim is grateful for ‘the very loyal trade’ he has had in Penistone and over the years he has made a point of supporting local charities.

Jim and Dora, who live in Penistone, have a daughter, Jessica, and a son, Ricky. And the couple are looking forward to a family holiday in New Zealand after the business closes.

“After that, if anyone offers me a job – not for money – I will consider it,” said Jim.

“We will be staying in the area and I thank all the people of Penistone who have supported us all these years. I came to the town as an in-comer and they accepted me right from the start and I will always be grateful for that.”