How many more times will this happen? 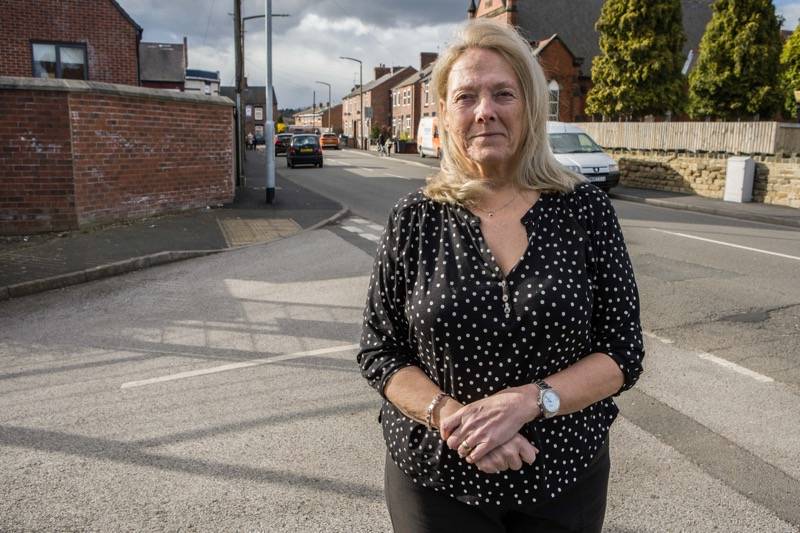 RESIDENTS have made a plea to Barnsley Council to do more to improve road safety at an accident blackspot after the latest in a string of collisions took place last week.

The accident took place on Stonyford Road, Low Valley, where the driver drove through the wall on the corner of the street which has been hit several times in recent years.

Andrew Rogers, 52, the landlord of the property, told the Chronicle: “This is the third time this house has been hit since I became the landlord about four years ago.”

Having already claimed through insurance for the first crash, Andrew had to spend £1,200 of his own money the next time an incident occurred.

“I can’t go through the insurance anymore as I’m worried they’ll cancel my account, I expect this time it will cost me around £2,000,” he added.

“The council or the police have to do something about the road – it’s only a matter of time before someone gets killed.”

Residents in the area are also becoming increasingly worried about their safety following the surge in recent crashes.

Julie Cowling, whose house on Station Road was drove into last month, said: “The road is very dangerous, especially on a night with all the speeding drivers.”

She explained how there has been three crashes on the street since Christmas, admitting her fear that it could happen again.

“Something needs to be done before someone gets killed,” she added.

Anna Currie, of Doveside Drive, said: “People are terrified in their own homes as they don’t know if it will be their house next.

Solutions have been put forward by locals, such as speed bumps and lowering the speed limit, but nothing has been done as of yet to ease their worries.

“We have contacted our local MP and local councillor but the response we received was we are not the worst of the worst,” Anna added.

A Barnsley Council statement said: “South Yorkshire Police arrested an individual who had left the scene of the accident on suspicion of being over the drink-drive limit.

“We are carrying out further investigations into the circumstances of the collision.

“The council is unable to comment on the collision until such times as the police have concluded their investigations.

“To make a comment now, before the full circumstances of the incident have been determined, would be inappropriate and could prejudice the police investigation.”