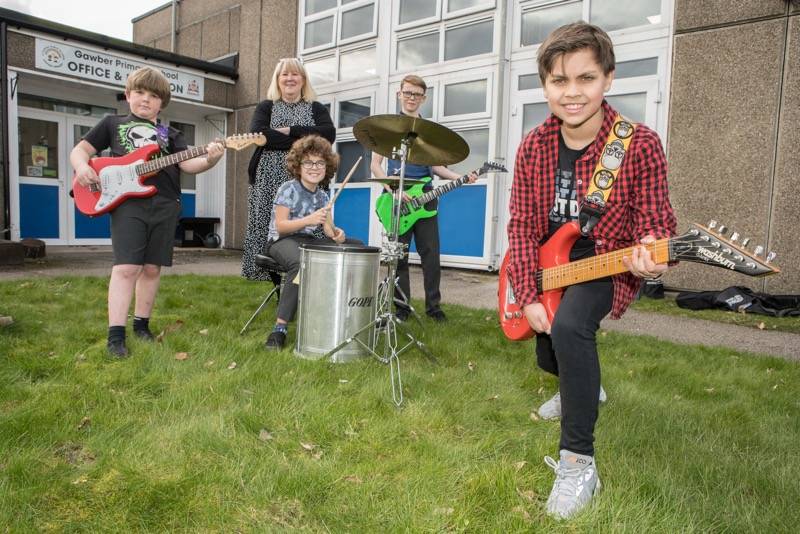 A YOUNG band will be putting on a show to raise money for their primary school.

The Riptides, made up of three nine-year-old Gawber Primary lads and their friend, will be performing tonight at the Barnsley Trades Club on Racecommon Road in a bid to raise money for books and equipment for the school

Louise Botham, who is on the board of governors at the school, said it is lacking in supplies and they are keen to help where they can.

“Apart from one school in Penistone, Gawber Primary receives the lowest amount of funding from the local education agency,” said Louise.

“For parents it must be frustrating when they receive a letter asking for money and contributions towards things but at the end of the day we feel we have no choice but to ask because we need to cover costs.”

Year four pupils Ryley McCoole, Daniel Ellis, Owen Botham and their friend Dexter Coggins, who together form The Riptides, will be performing prior to the band Boomtarn, all in a bid to raise money.

Louise added: “I’m so glad that the boys are putting on this show for the school and we’re grateful to Boomtarn for also putting on a free performance.

“Three of Boomtarn’s members have children who attend Gawber so they were keen to help. It’s going to be a fantastic night and we look forward to raising what we can for the school.”

The event kicks off tonight at 7pm and tickets are £5 for adults and £3 for children which can be purchased at the door.