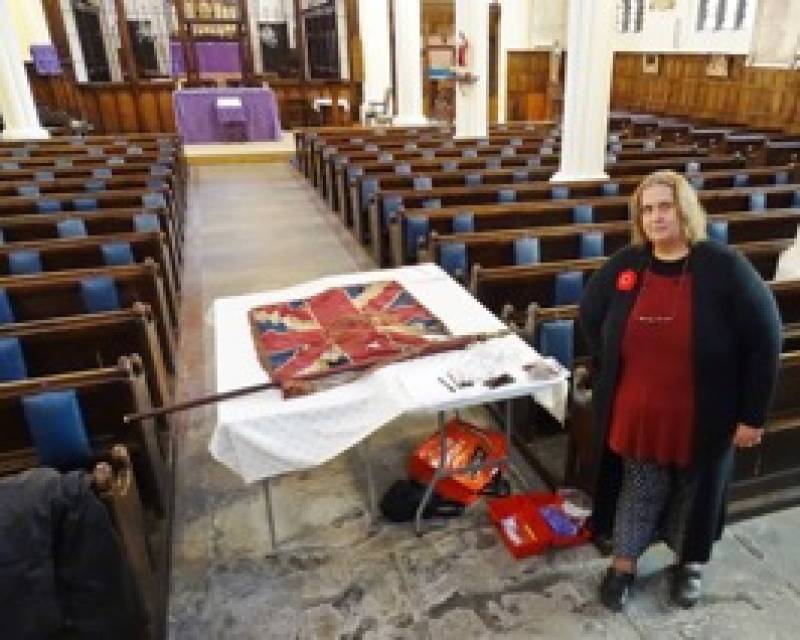 THE colours of a famous Barnsley battalion will be on show to the public for the first time and after extensive conservation work was carried out.

The Heritage Connects Social will be hosted by members of the Friends of St Mary’s Church, who have spent three years restoring the colours of the famous Barnsley Pals.

The colours are a union flag with the battalion’s insignia embroidered on and are currently stored at St Mary’s in the town centre.

The 13th (First Barnsley) Battalion of the York and Lancaster Regiment (13th York and Lancaster), who formed part of the Army of Occupation after November 11, 1918, were presented with a silk Union flag on February 19 in northern France and these became colours when consecrated.

The 14th York and Lancaster and other disbanded battalions received their colours later.

Local historian Jane Ainsworth began the renovation project in 2016 after learning that the colours were being stored in a cupboard.

Now the colours will be framed by textile conservators in an attempt to preserve them for generations to come.

Jane said: “I am delighted that after more than three years co-ordinating the ‘Barnsley Pals Colours Project’ that my fundraising efforts have come to fruition.

“Textile conservators from the People’s History Museum in Manchester are coming to Barnsley to frame the two colours in St Mary’s.”

The event is open to the public and will take place at the church on March 12 from 2.30pm to 4pm.

“Visitors will have the chance to see the colours being framed as well as learn about project,” Jane added. “