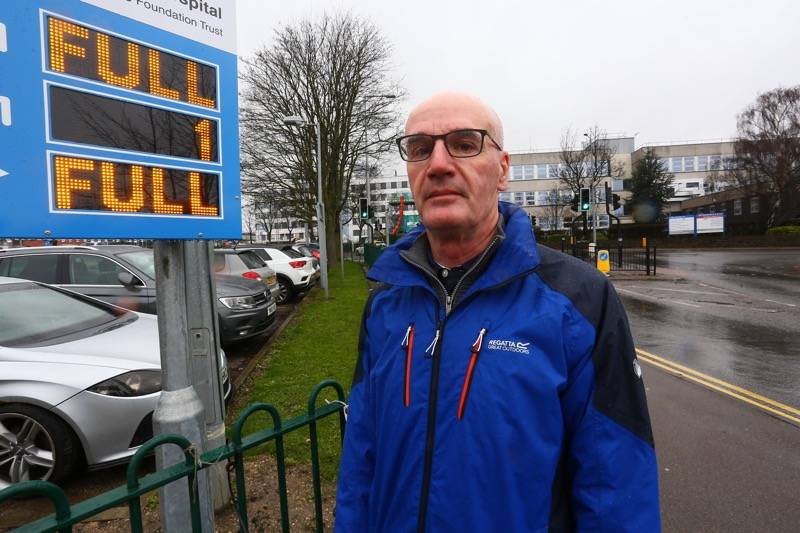 RESIDENTS’ views are now being sought on potential plans to create a park and ride facility near the M1 following ‘years’ of complaints about congestion near Barnsley Hospital.

Hospital bosses identified what they believe is suitable land at Capitol Park in Dodworth for the scheme due to ongoing issues with inconsiderate parking on clogged-up side streets around Gawber Road and Summer Lane.

Nurses complained last month that they had left their cars in residential areas due to costly parking fees, but claimed residents had retaliated by damaging vehicles.

Coun Peter Fielding, who represents the Dodworth ward, hopes the plan will mirror the success of Doncaster Royal Infirmary’s facility and alleviate rising tension between hospital users and residents.

He added: “Everyone’s keen to find a solution – I’ve met with leaders at the hospital and they’re very keen on the park and ride scheme.

“I urge Barnsley Council to consult with locals and councillors at an early stage in whatever they press ahead with as it’s important views are gauged.”

About £250,000 has already been spent upgrading the hospital’s car park barriers to improve traffic flow, while car share schemes have been encouraged, but bosses admitted that the current parking provision is simply not big enough with approximately 3,800 staff – excluding visitors – battling over 1,200 spaces.

Councillors representing the Old Town ward are particularly concerned about the impact of pollution on children attending primary schools in the area, with nitrous oxide levels now only one point below triggering an air quality action zone, something which is in place close by off junction 37 of the M1.

Cabinet spokesman Coun Chris Lamb confirmed that Barnsley Council will gauge residents’ responses to a public consultation, which started last month, before announcing the next move.

He added: “We all recognise this issue as it’s been a problem for many years, particularly for those residents who live nearby.

“We’re working alongside the hospital and the ultimate aim of that is to reduce the impact of traffic and parking after stoic pressure from Coun Phil Lofts.

“We’re looking at a series of solutions and we’re analysing the area. On January 27, surveys were handed out to residents and from next Wednesday we’ll be collating the data and using those thoughts to develop a strategy.

“We’re looking at a range of improvements including the park and ride facility and the prospect of encouraging more bicycle use.

“The goal is to have fewer vehicles in that area but this is a long-term piece of work as the infrastructure has to be in place, but there are various options on the table.

“We’re very much at the evidence-gathering stage but when that’s done, there will be a widespread and detailed consultation as we do recognise it’s a serious issue for all concerned.”