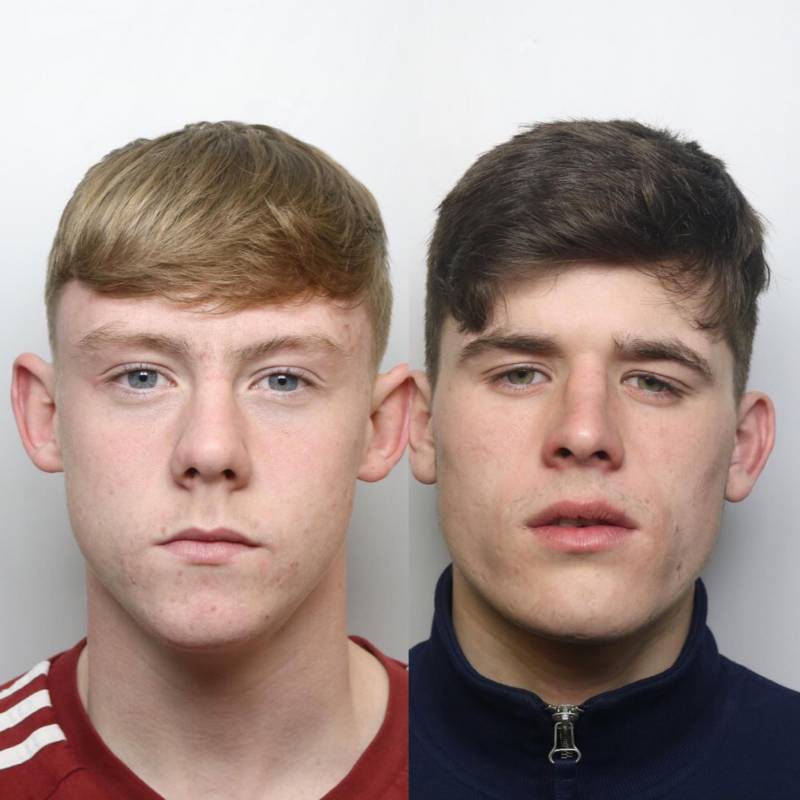 TWO baby-faced burglars have been jailed for a combined seven-and-a-half years after carrying out a significant amount of cross-border daytime raids at well-off residents’ homes.

Connor Walker, 21, and 18-year-old Darryl Lynch both carried out the burglaries over a three-day period from November 5, 2018, travelling to locations on stolen motorcycles.

They both pleaded guilty to eight burglary charges at Leeds Crown Court relating to burglaries carried out in Barnsley, Wakefield, Hemsworth, South Elmsall and even as far as Pollington, Humberside.

The pair – despite the short space of time – were responsible for inflicting thousands of pounds in damage to property and vehicles, stole cash and significant amounts of jewellery from the victims, some of which had sentimental value to their elderly owners.

The investigation into several of the offences revealed that the pair were captured on CCTV carrying out the offences using hand-held tools to inflict damage to the properties and cameras in an attempt to avoid detection.

PC Dean Hammond, who led the investigation, said: “Walker and Lynch both planned and played a pivotal part in a very significant series of burglaries where victims’ homes, some of which were occupied by elderly victims, were targeted and attacked to steal their personal property.

“The offences committed by the pair were conducted during the hours of daylight, further showing their disregard for the wellbeing or safety of their victims occupying their homes at the time.

“The victims suffered material losses of personal property, in some cases irreplaceable items of great sentimental value and also the debilitating and vulnerable experiences of having their homes and privacy invaded, often leaving lasting feelings of insecurity.”

Lynch, of Upton, and Walker, of South Elmsall, have almost 50 offences on their records and police say the extent of their offending over the three days resulted in cross-border work being carried out with several forces.

Walker was sentenced to four-and-a-half years in jail and Lynch received a three-year term for conspiracy to commit burglary.

PC Hammond added: “We hope as combined forces involved in this investigation, the sentences Walker and Lynch received will serve as reassurance to their victims and the communities in which they reside and also send a

message to others who believe that they can commit offences such as this in our respective force areas without having to face the consequences of their actions.”

Police bosses in Barnsley say they are treating burglary as one of their top priorities this year, which has seen officers increase their patrols in worst-hit, on-the-border areas such as Royston, Brierley and Penistone.

“Key crime types such as house burglary reduced by 16 per cent in 2018/19 and this position has been maintained through 2019,” Chief Superintendent Sarah Poolman said.

“Throughout 2019, across all realms of policing, our objective has been to continually improve the service we provide to our communities and to keep Barnsley safe.

“Our response times to incidents have improved dramatically, meaning we are getting to those who need us more quickly.

“Through further investment in our neighbourhood teams, we have been tackling those issues that matter most to our local communities.”