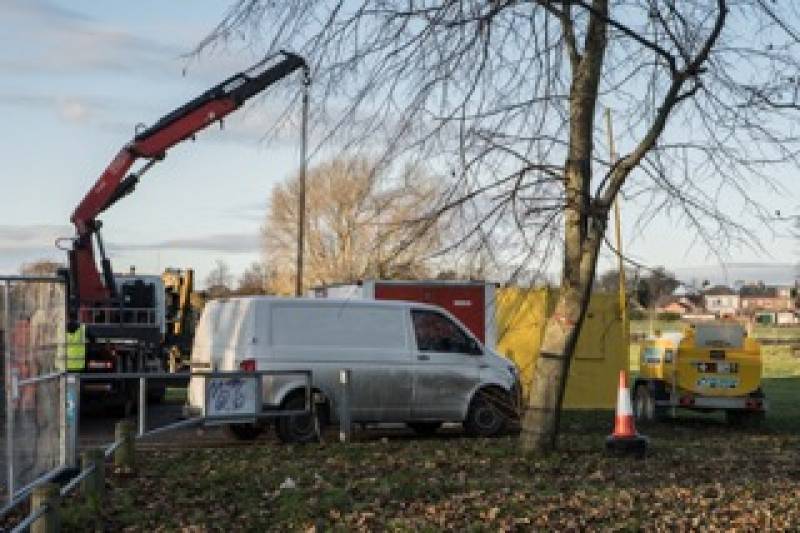 MORE than £200,000 has been ‘scandalously’ splashed out by Barnsley Council on providing security at a fenced-off park at the centre of a row over a new one-way road system.

Penny Pie Park, which borders Dodworth Road and Pogmoor Road, was closed to the public in December to allow for preparatory work to be carried out ahead of the new multi-lane gyratory’s creation.

However, after cabinet spokesman Coun Chris Lamb said he could not reveal the full extent of the security contract provided by Middlesbrough-based firm Vistech at a full council meeting earlier this month due to an ‘element of sensitivity’, it’s now been revealed that the six-figure has been spent.

Coun Peter Fielding, who posed the unanswered questions at the meeting, told the Chronicle: “I am shocked to learn that more than £200,000 has been spent so far by the council on security measures at Penny Pie Park.

“Following my question about these costs at full council on February 6, I was given a full written answer by Coun Lamb but was prohibited from divulging detailed information as it was deemed to be commercially confidential.

“I can however reveal that the total spent so far on legal fees, security guards and security fencing is well over £200,000 and this expenditure does not appear to have been included specifically in the £4.3m estimate for the gyratory scheme.

“Much of this expenditure was approved using a contract waiver, meaning that only one quote from one company was obtained making it difficult to ensure value for money.

“The fact that the council thought that this expenditure was necessary in order to defend its activities from the local community shows just how little they have engaged with or understand that community.

“The vast majority of locals oppose this scheme and continue to do so by peaceful and lawful protest but have not and will not engage in unlawful protests.

“For the council to have spent such an amount on unnecessary security measures is a scandalous waste of our money money that could have been better spent doing things the community actually wants such as dealing with parking problems, speeding, potholes, litter, fly-tipping and so on.

“I hope the council will now try to engage constructively with and listen to this community rather than treating them as a threat that need to be defended against.”

The council defended its decision to employ an out-of-town security company, based nearly 100 miles away, because a local rival ‘may have been harassed’ by members of the public.

Complaints have been made by local councillors as to why a local firm was not chosen for the job, but the council told the Chronicle that the decision was made from its past experiences but added that Vistech’s involvement may not be a long-term arrangement.

Coun Chris Lamb, cabinet spokesperson for environment and transport, said: “For the junction improvement scheme, securing the site is essential to protect residents and the workforce.

“It’s standard procedure for any construction site and security services to help keep the area safe and secure, both for contractors working on site and the general public. It’s a working site and it’s what we do with any site of this nature to prevent people getting harmed.

“Vistech were contracted on a short-term appointment which fully complies with the council’s contract procedure rules. Vistech is experienced in locally-sensitive schemes, and by contracting an out-of-area company, it reduces the risk of them being subject to harassment. The anticipated cost for the security services, including the purchasing and hiring of fencing, totals £220,000.

“The control of the site, including security, will be passed onto the civil engineering contractor once appointed.”