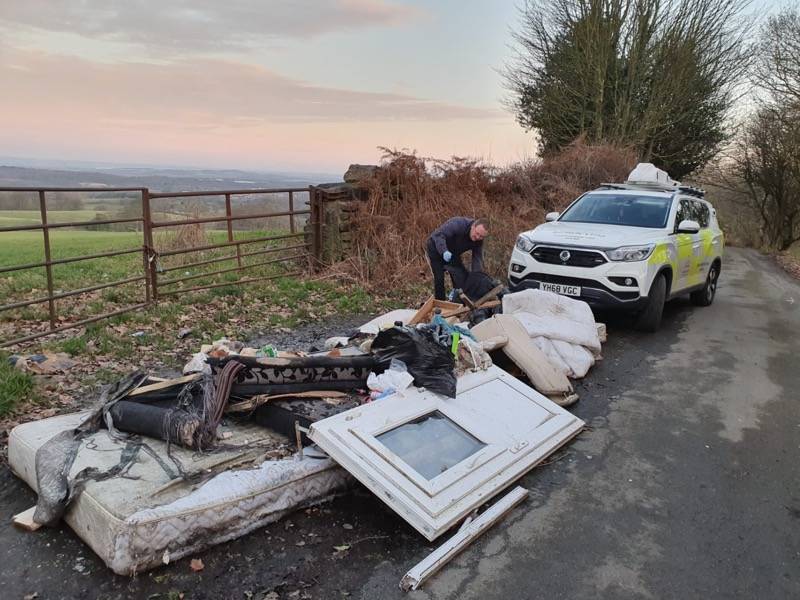 COUNCIL workers are being forced to clean up hazardous waste including asbestos dumped in Barnsley’s beauty spots by fly-tippers, according to a report.

A Freedom of Information request reveals that the local authority spent £233,436 removing 3,482 fly-tipping cases in 2018/19, but alarmingly 275 of those involved asbestos, construction materials and drums containing chemicals, all of which have been classed as potentially dangerous.

According to DEFRA, asbestos kills about 5,000 workers per year as a result of past exposure and has been found to be responsible for a host of lung diseases.

“When materials that contain asbestos are disturbed or damaged, fibres are released into the air,” a spokesperson said. “When these fibres are inhaled they can cause serious diseases.

“These diseases will not affect people immediately – they often take a long time to develop but once diagnosed, it is often too late to do anything.”

‘Teething trouble’ was encountered with the council’s new fly-tipping recording system and it was blamed for incorrect information being sent to a national study, but the true amount represents a rise of 2.8 per cent on the previous year’s incidents.

The mix-up – which affected the annual document produced by the Department for the Environment, Food and Rural Affairs (DEFRA) – saw the council state that there had been 2,791 recorded cases on its land between April 2018 and March 2019.

That would have been a dramatic 25.5 per cent reduction, but service bosses admitted that it wasn’t a true reflection but they cannot re-submit the true figures to DEFRA.

A statement from Paul Castle, service director for environment and transport, said: “Regarding the resubmission of the corrected figures, I have contacted DEFRA and you cannot re-submit figures for a previous year, irrespective of whether they were incorrect.

Incidents on alleyways – a particular blight in areas such as Grimethorpe – totalled 662, but the majority of fly-tips occurred on secluded roadsides and bridleways.

Dale Sparks, head of commercial support services for the council, added: “We’re continuing our campaign which aims to make fly-tipping socially unacceptable in Barnsley and residents are playing a massive role in reporting cases to us. It’s now much easier for them to do that via our pin-on-the-map online system.

“The tougher the punishments, the more deterrent there is.”

Wendy Lowder, executive director for communities, added: “I’d like to take this opportunity to thank the members of the public for their statements – without the co-operation of our fabulous communities, we wouldn’t be able to take these cases to court.

“Fly-tipping will not be tolerated. As part of our #EverybodyThink campaign, we will continue to work with the police and the public to tackle environmental crime.

“Residents can help us to protect our beautiful borough by making sure they only give their rubbish to someone with a valid waste carrier licence.”