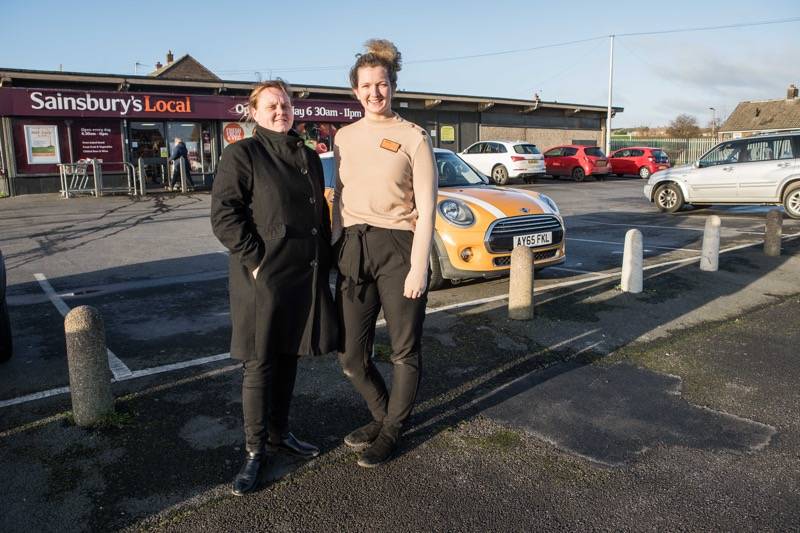 RESIDENTS are ‘living in fear’ over the increasing number of drug users causing chaos on their doorstep and are calling for more enforcement after a body was found at a property.

The man, who has not been identified, was found dead by residents on Baycliff Close, Monk Bretton. They claim that drugs contributed to the death which is not being treated as suspicious by police.

Coun Vicky Felton, who represents the Monk Bretton ward, said that residents have been dealing with drug use in the village for years, and is demanding that more action is taken to tackle the issue.

One resident, who did not wish to be identified, said he locks himself in his house during the weekend, through fear that his house may be targeted by drug dealers.

“I have two drug dealers who live on either side of me and they pester me and other residents for money and food.

“There is one resident who is 83 years old who was befriended by one of them only to receive a £300 phone bill as he used the phone to make calls to his dealer.

“I’ve had my windows smashed because drug dealers think this man lives at my property and they’re demanding money and I’ve had men turn up at my door at 3am screaming and shouting.

“We regularly see cars going up and down our street and people making drug exchanges out the car window. You contact the police but to no avail and I’ve contacted Berneslai Homes and I’m told to complete a diary letting them know when incidents are occurring.

“On a weekend things often get very heated so I have no choice but to lock my doors and stay inside.

“My grandchildren can’t come to visit because it’s that unsafe and there are needles on the floor. Why should I suffer because of drug dealers? I‘m considering private rent because I can’t go on living like this.”

In addition to the issues on Baycliff Close, St Anne’s Drive, St Helen’s Way, Well Lane and High Street are all areas in Monk Bretton where drug use has been highlighted as an issue.

A telephone box that was situated outside Sainsbury's Local on St Helen’s Way was recently removed by BT following a campaign by Coun Felton.

“Residents were scared to go to Sainsbury's because of the amount of drug dealers congregating outside the phone box.

“I contacted BT who disconnected the line but said it would be March before it was removed, but last week I was contacted by the manager at Sainsbury's who said it had been removed.

“Sainsbury’s suffered with a lot of theft but it’s been a lot better since the phone box has been removed.

“I’ve spoken to elderly residents who have been in tears over the issue. As a council we need to come together because I know the issue stretches further than Monk Bretton.

“When people are evicted from their homes from one area they’re moved to another which doesn’t solve the issue, it just moves it somewhere else.

“Even following the removal of the phone box, the drug dealers are now just congregating at the phone box at the top of High Street near The Pheasant pub.

“People have a right to feel safe in their own homes and people shouldn’t have to consider moving their life just because of drug users.”

At the Royston and Monk Bretton Meeting Police and Communities Together (PACT) meeting last month drug use in Monk Bretton was set as a PACT priority but Vicky said more needs to be done.

“We need to tackle this issue immediately because otherwise we run the risk of people taking matters into their own hands and forming a vigilante group, which we don’t want.”