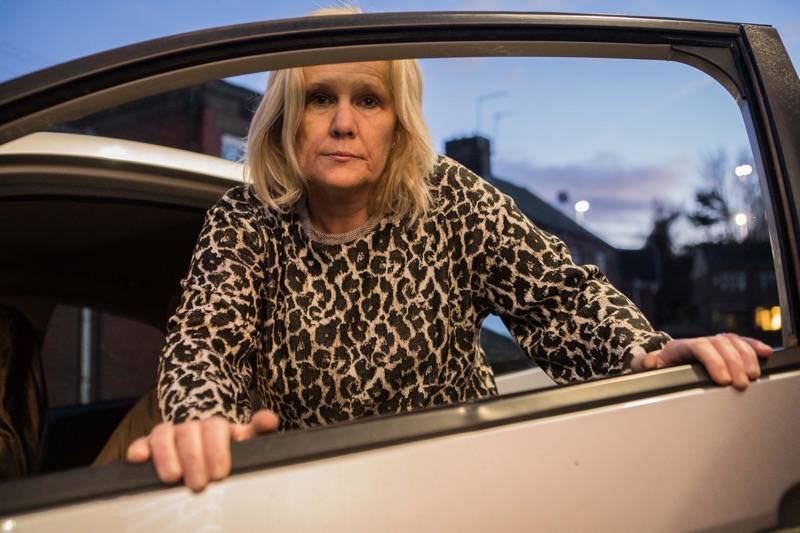 A WOMAN narrowly escaped serious injury after a brick thrown from a bridge smashed through her car window and hit her head while she was driving.

Judith Muirhead, 48, of Honeywell, was driving home on Smithies Lane following her shift as a care worker last Wednesday at 9.40pm when a brick smashed through her passenger window, hitting her on the head as she came from under the bridge.

“I was covered in glass and I couldn’t comprehend what had just happened,” said Judith.

“I pulled over and immediately called police. They came after ten or so minutes and I was just frozen.

“If the brick had hit me any further up my temple it could have killed me.

“The glass could have also caused a lot more damage. It could have blinded me.

“I dread to have thought what would have happened if there was anyone sat in the passenger seat or if I had my grandchildren in the back of the car.

“The police wanted me to go to hospital but I just wanted to go home.

“I’ve luckily only suffered cuts and bruises but it’s dangerous what these kids are doing.

“I could have been killed – it’s that serious what has happened.”

It follows reports last week of continuing issues with bricks being thrown from a bridge less than three miles away at Cudworth.

The latest incident is not the first of its kind from the bridge at Smithies.

The series of incidents has left Judith not wanting to drive under the bridge, which is a main route for residents in Honeywell and Smithies travelling onto Wakefield Road and is also used a shortcut from Wakefield Road onto Huddersfield Road.

“I’m scared that if I drive under the bridge I’ll be targeted again and my partner has also advised against me driving that way, which I use to go to work.

“I now drive along Wakefield Road to avoid it. It’s added time to my journey but it’s better to be safe than sorry.

“My car had to go to Sheffield to have the window replaced and I had to pay my insurance excess for this.

“I’m the one that’s suffering for something that someone else has done and it’s unlikely the culprits will be caught.

“The police have said it’s a 100 to one chance that they will be apprehended and I’m the one paying the price.

“There needs to be increased patrols around the bridge because I’ve seen youths there between 8pm and 10pm on numerous occasions and if they’re now throwing bricks, it needs addressing or CCTV needs installing so the culprits are caught and dealt with accordingly.”

A police spokesman said: “We received reports at 9.30pm on January 29 from a caller stating that a brick had been thrown from a bridge while driving down Smithies Lane in Barnsley.

“It is reported that the brick went through the driver’s passenger side window and landed in the centre console of the vehicle, causing minor injury.”