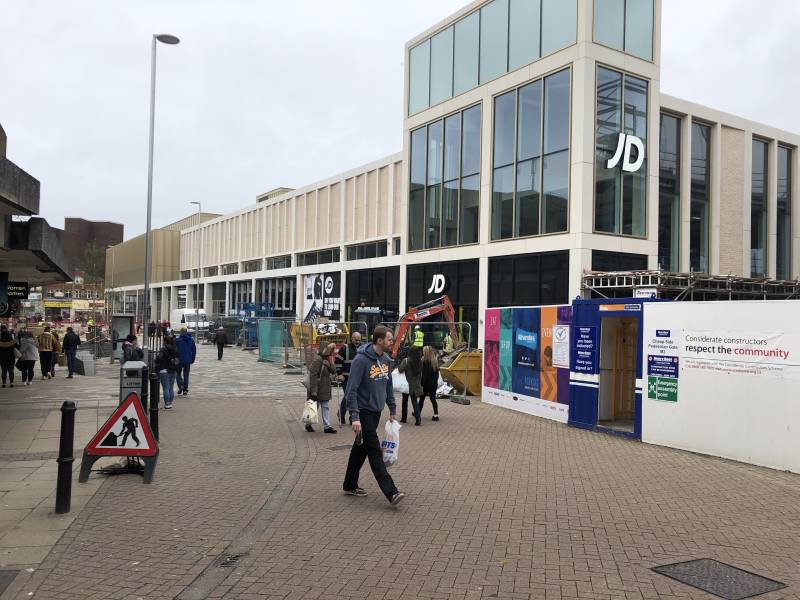 DETAILS of an extra £10m bill for Barnsley’s town centre redevelopment have emerged from the council, pushing the overall costs of the transformation up to £190m.

The scheme centres on the Glassworks complex which has been rebuilt from the skeleton of the old Metropolitan Centre but also includes the flagship Library @ the Lightbox, a cinema and bowling complex as well as a new multi-storey car park and other modern features including new CCTV.

Costs have crept up through the course of the development to a total of £180m for the construction work, but the council will now have to find another £10m to meet other costs, including money to meet loans in the early years of the project and to meet operating costs before the complex is completed and fully occupied.

However, costs for the overall development are kept separate from the finances for the new market, where rents for stallholders in the upstairs section were recently halved.

It also emerged that a significant number of stallholders are in arrears with their rent and this week the council took action against a trader, formally taking charge of the stall on the ground floor, pasting a formal notice on the stall to confirm the lease dating from July last year had been terminated. The notice was later removed.

That is the second time Barnsley Council has taken such action, though the authority has declined to explain why, saying the issue is a matter between the landlord and tenant.

Coun Tim Cheetham, spokesman for regeneration and culture, said: “The positive impact of the development across the town centre is already visible. An investment like this not only stimulates inward investment and economic growth, it creates more and better jobs; our initial estimates suggest that the scheme will generate approximately 1,100 jobs by 2025.

“The total forecast capital cost of the scheme is currently unchanged.

“The figure quoted in the Audit Committee papers includes costs unrelated to construction. Those costs include early year borrowing and centre operating costs incurred before the development is fully open.

“An update on the development is due to be presented at cabinet in March.

“Oversight, governance and value for money are at the core of everything the council delivers.

“We continue to stringently review all cost and income projections associated with the development, to make sure that value for money is demonstrated and achieved.”

Barnsley Council has reported strong ‘footfall’ for the town centre since the market moved to its new home in late 2018, with the new Market Kitchen food hall and bar now open and other shops beginning to move into the Glass Works.

However, the market traders’ body has questioned the validity of that assessment, claiming businesses are struggling.

Vice chairman of the National Market Traders Federation Barnsley Group, Keiron Knight, said: “The council keep saying footfall in the town centre is good but that isn’t the experience of market traders.

“Many are struggling financially and that’s the reason people are late paying their rent, they’re just not making the money.

“The council must recognise that because they’ve reduced the rent for traders upstairs, they wouldn’t do that if business was healthy.

“It’s a welcome move but it does nothing to help those with stalls on the ground floor.

“They still have the same bills to pay but have the added problem of having colleagues upstairs who can afford to undercut their prices because the overheads up there are so much lower.”

The Glass Works project will be followed up by other schemes to help move the town centre and surrounding areas forwards, including development of the Court House site with a second development of the successful Digital Media Centre, which supports new businesses in the technology centre, and plans to regenerate the old Yorkshire Electricity site off Harborough Hill Road.