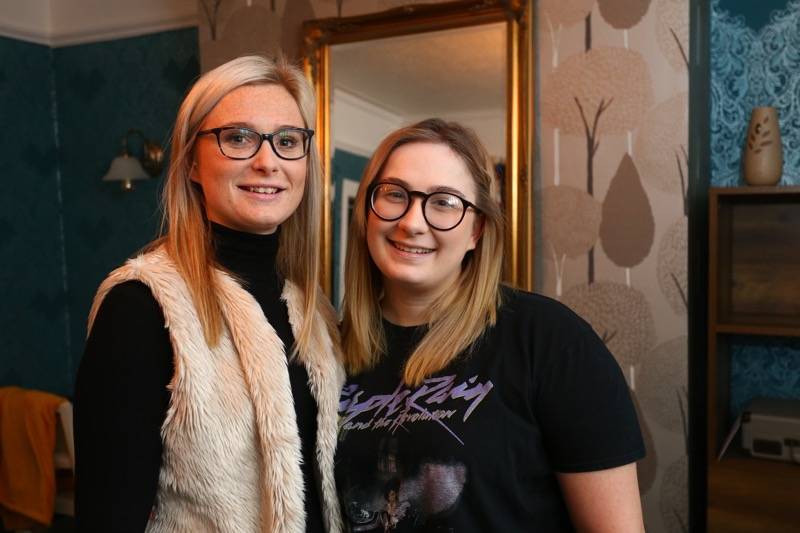 A WOMAN who had a hysterectomy at the age of 24 is hoping she will be able to have a baby through surrogacy thanks to the fundraising efforts of her younger sister.

Amy Jukes, of Wombwell, was diagnosed with cervical cancer after going for her first smear test six months before turning 25.

After receiving abnormal results she was referred to hospital for further testing and was diagnosed with stage 2B cervical cancer.

“It was a bit of a surprise for me as it isn’t usually until you are 25 that you’re called for a smear, but I went and had it done and my results came back saying I had abnormal cells,” said Amy, who works as a paediatric nurse and is now 28.

“I wasn’t particularly worried as my mum said it’s a common thing and she’s had that before and had to undergo tests to be safe.”

When Amy went for further testing and had a biopsy – where a section of the cervical tissue is removed for further examination – she was told she had cancerous cells in her cervix.

“She underwent a colposcopy where abnormal cells were found and then had the cells treated, but it was found the cancer had spread to the edge of her cervix.

“I had to have a hysterectomy and afterwards they found cancer in one of my lymph nodes but only one, which meant it had not spread further, so I was – and am – very lucky.”

Amy said she and her fiancé Scott Adams, 30, – who have been together for 11 years – want to have a baby and now Amy has had IVF treatment to freeze her eggs, they have decided go through host surrogacy, where an embryo or embryos will be transferred into a chosen surrogate via IVF.

However, the process costs upwards of £5,000 due to medical costs, which Amy said is upsetting for her and Scott, as if she had to undergo IVF and could carry the baby herself, it would be free.

“It’s just frustrating as it isn’t even my fault that this has happened, but I still have to pay all of these costs, even with a bit of funding it would help, but there isn’t anything.

“Even though the embryo has mine and Scott’s DNA, the birth mother has the right over the child and she and her partner will be classed as the parents. We will legally have to adopt the baby. It’s ridiculous but luckily my surrogate is one of my best friends, so it will be fine.”

However, Amy’s sister Chloe Jukes, also of Wombwell, is helping her sister with the surrogacy costs and has set up a GoFundMe page to raise £5,000.

“You don’t expect it to cost that much money for her to have a kid, and because of the circumstances she has been put under, you would kind of expect that this would all be available under the NHS, but it isn’t, so that’s been a bit of a shock itself,” said Chloe, 24.

“I just thought I would give it a go really. You see people setting these pages up and doing quite well, so I wanted to do it for her.”