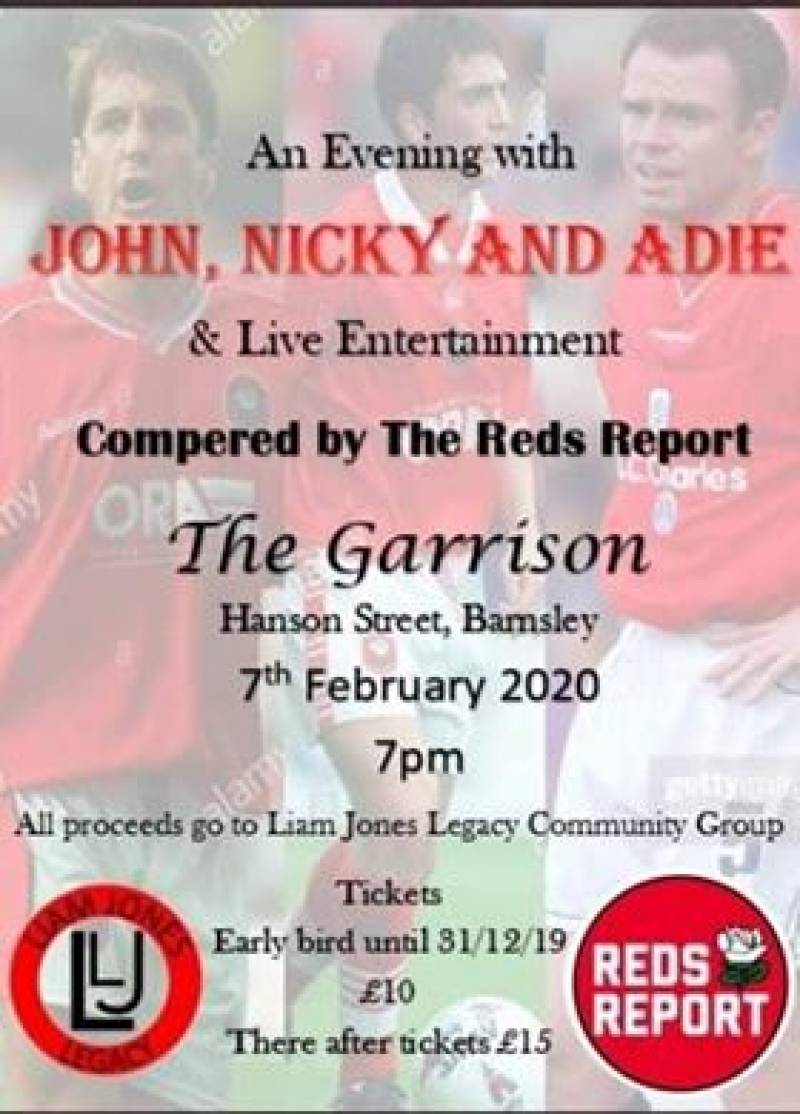 THREE former Reds players will be visiting Barnsley to raise money for charity.

John Hendrie, Nicky Eaden and Adie Moses will be hosting an evening at the Garrison next Friday, to raise money for the Liam Jones Legacy Community Group.

Liam Jones, 24, of Manor Crescent, Grimethorpe, was found in a woodland in May 2018 and had never displayed signs of suffering with his mental health.

The Liam Jones Legacy was set up days after news broke about his death, which helps mental health sufferers access much-needed support services in the hope of saving lives.

The players famously played for the Reds during the 1997/98 Premier League season – the first topflight season in the club’s history.

The players will be at the Garrison on February 7 from 7pm and tickets must be purchased at the bar prior to the event.