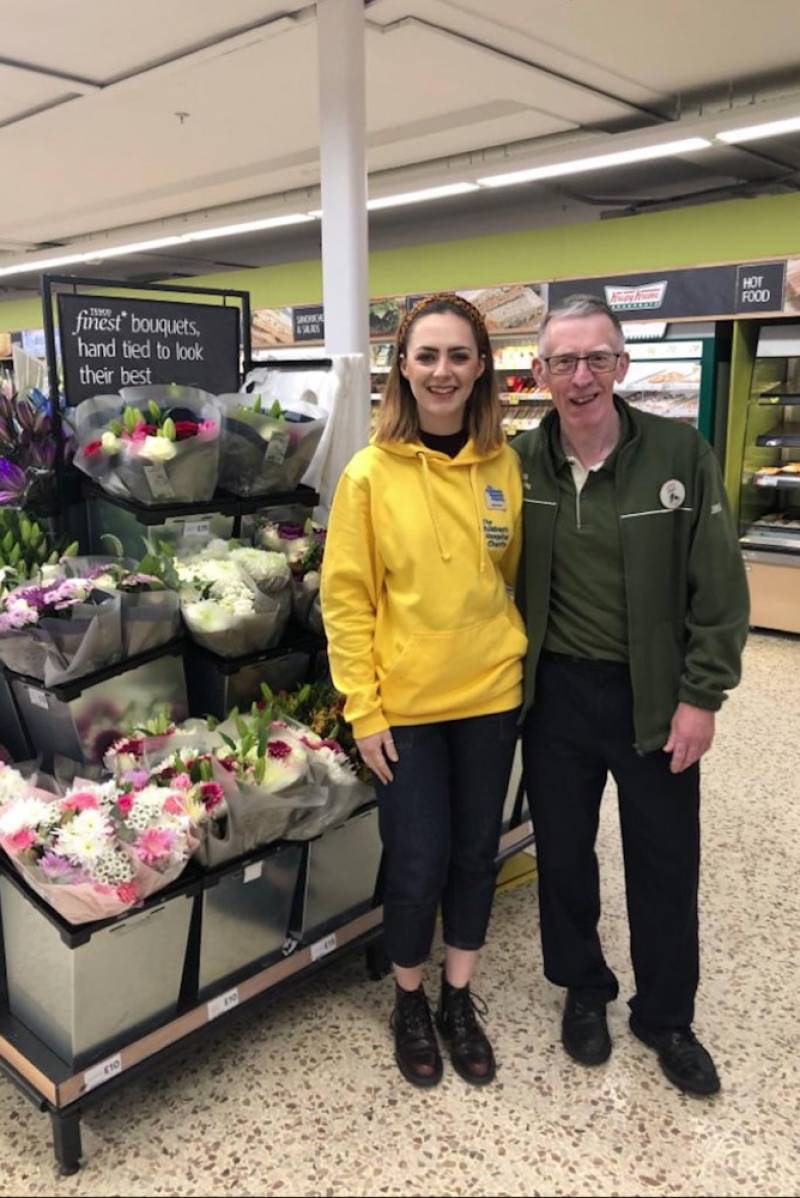 A SIXTY-THREE year old who has spent more than 40 years clocking up the miles to raise money for good cause is about to take on his next challenge – running six marathons in six months.

Dave Allemby, of Wombwell, has run more than 66,000 miles since New Year’s Day in 1979 and is set to challenge himself with six marathons in six months to mark his sixth decade of running.

For this challenge, Dave, who works as a produce assistant in Tesco Barnsley, will support the store’s £6,000 fundraising target for The Children’s Hospital Charity.

“I have always supported the charities chosen by Tesco and being a small part of the team raising funds for Sheffield Children’s Hospital will keep me motivated throughout the dark winter months,” said Dave.

“I have arthritis in my knees so my training is quite limited these days, but I’m still managing to run two or three times a week. Six half marathons in six months will still be quite a challenge for me, finishing with the Sheffield Half in April.”

Dave is also encouraging novice runners to join him in fundraising for The Children’s Hospital Charity and get active in 2020.

“My advice to newcomers would be to look out for beginner walk-to-run-groups in your area, many running and athletic clubs organise them and everyone in the group will be in the same situation and at roughly the same level of fitness.

“Park runs are also great fun – 5km routes held on Saturday mornings throughout the country. There’s no pressure, no entry fee and it’s a great target to finish one for a beginner. You can join thousands of people getting out there, taking part and having fun.”

Dave has set a personal fundraising target of £200 for the challenge, which will help transform the Cancer and Leukaemia ward at Sheffield Children’s Hospital.

The ward treats children from babies through to 19-year-olds in South Yorkshire, Lincolnshire and Derbyshire and even as far south as Northampton.

“We’re delighted that he’s chosen to support Sheffield Children’s Hospital with his six half marathons in six months challenge and we can’t wait to welcome him to the Sheffield Half next year. We still have a limited number of charity places for you to join him, so get in touch and make a difference in 2020.”