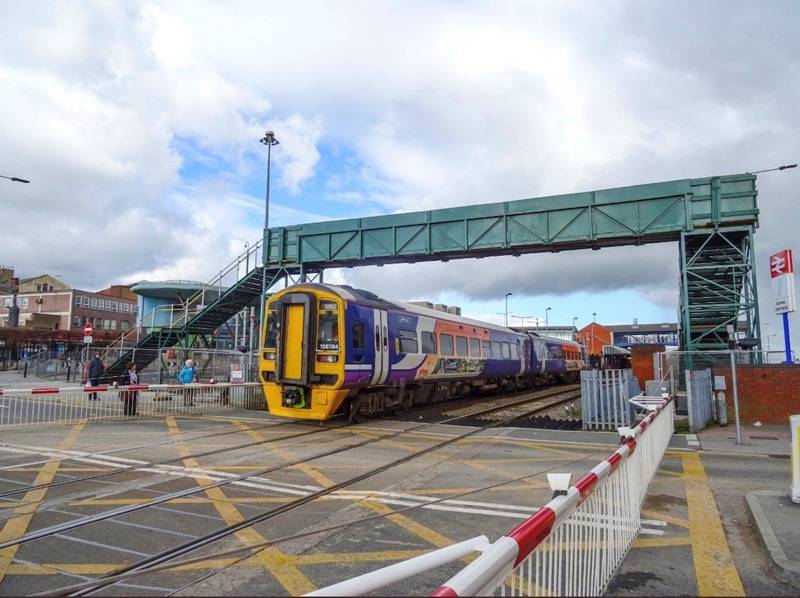 DECISIONS to close off a railway footbridge, roads around Oakwell and most recently a car park for Barnsley Football Club’s home matches have become a ‘danger to pedestrians’, according to fed-up fans who have called on the council to perform an urgent U-turn due to safety concerns.

When the Jumble Lane crossing was closed in March last year a temporary bridge was erected over it – by rail firm CML on behalf of Network Rail – but it is closed an hour before kick-off, during the match and an hour after each home game ‘to support the safety of fans and other users’.

Alternative walking routes via Midland Street, Eldon Street and Schwabisch Gmund Way have been advised to fans parking in the town centre, while fans exiting Barnsley Interchange have been told to use Cheapside and Lambra

Road as alternative routes to Oakwell.

But matters have recently been compounded by the council’s decision to close Market Gate Car Park, fans claim, and they have called on bosses to re-think the stance due to the ‘pandemonium’ on home matchdays.

Reds fan Kev Simons said: “I’ve been continually shocked by just how poor communications are between security staff and fans attempting to get across the Jumble Lane crossing. We have been packed in like sardines on the bridge and roads around the interchange.

“We know how potentially dangerous the crossing over the railway tracks clearly was – add people rushing and alcohol into the equation and it could have been a disaster.

“However, the council need to put provisions in place to stop a repeat of the pandemonium we’ve seen prior to every home match as it’s become a danger to pedestrians.”

Market Gate Car Park’s closure has also been criticised by market traders – who claim business has been impacted as a result, particularly on traditional matchday Saturdays – but the council insists it’s been implemented to boost safety.

Matt Gladstone, the council’s executive director for place, told the Chronicle: “Initially, when the bridge was first closed and the road closures implemented, the car park remained in use but users of the car park were advised that if they parked in the car park they would not be able to exit it while fans were using Pontefract Road as this would cause a risk to the road safety of both vehicle users and pedestrians.

“Unfortunately, despite our best efforts, users of the car park did not observe the signs advising them of this and started exiting the car park by forcing their way through the pedestrians and ignoring staff.

“At one point an individual decided to drive against the mandatory right turn and drove straight into the area segregated for pedestrians.

“Therefore, to eliminate the risk of the road safety hazard, the car park was closed. We have other parking facilities in the town centre, such as the Courthouse and John Street, where there are more than 1,000 car parking spaces available for use.”

The new 105-metre-long bridge – which is being jointly funded by Network Rail and Barnsley Council – will cost more than £5m.

Council leader Sir Steve Houghton said: “The scheme finishes next summer so we’re expecting the new bridge to be in use towards the back end of 2021. The bridge can be constructed relatively quickly but there’s a sewer underneath Kendray Street which needs to be diverted. It’s not a case of the council being difficult or awkward, it’s just that there’s more to this than meets the eye.”

A Barnsley Football Club statement added: “Supporters are reminded to use the designated and installed crossing points on the roads for their own safety and the safety of other match-going fans.

“Wheelchair users or supporters with pushchairs are advised to use the pavement on the Courthouse side of Eldon Street during peak times to avoid congestion. Market Gate’s bridge will be fully accessible and will accommodate footfall on matchdays. Barnsley Council, Barnsley FC and South Yorkshire Passenger Transport Executive apologise for any inconvenience this may cause.”