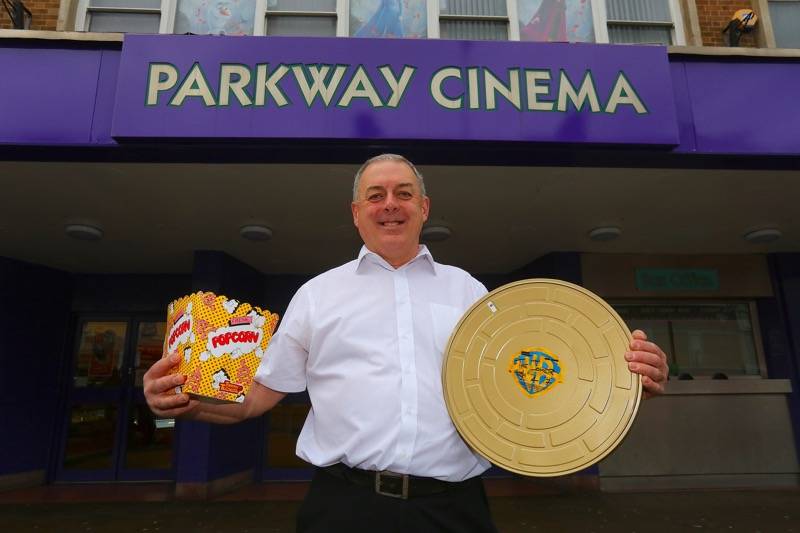 A BARNSLEY cinema boss who has spent his entire working life in the industry has been given a surprise award for more than 40 years’ service.

Rob Younger, who runs Parkway Cinema on Eldon Street, attended the UK Cinema Association’s awards party in London and was given the accolade.

He started his career as a trainee projectionist at the former Odeon on Eldon Street in 1979, just before the cinema was converted into a two-screen cinema, as it is today.

“It was a massive honour for me and I went there not knowing a thing about the award – it came absolutely out of the blue,” he told the Chronicle.

He left in 2003 to return to full-time education, but immediately started working as a part-time relief projectionist at Penistone Cinema, now known as Penistone Paramount.

Over the next 20 years, Rob worked as a CCTV engineer and cinema sound and projection engineer but always found time to fit in a few shifts at Penistone, until 1999, when cinema installations took him far and wide across the UK, Ireland and into Europe.

In 2003, he was asked to return to Penistone Paramount to temporarily cover the vacant manager’s position. This he did, once again on a part-time basis and stayed until 2006.

During this time, Rob helped to elevate the status of the Paramount with the film distributors, booking more films on or near release and adding more screenings through the day.

In 2006, Rob was tempted away from the Paramount by Picturehouse Cinemas, a company who he had worked for as a contractor for some years.

He became head of technical operations, covering all of the company’s cinemas across the UK.

Rob added: “The Odeon in Barnsley closed in 2005 and I did all I could to rescue as much equipment as possible from the cinema. I also tried to negotiate with the new landlord in an attempt to reopen the cinema at that time, but with no apparent success.

“The landlord’s plans for the building had fallen through, so now he was in a position to consider taking a tenant to re-open the cinema. I enlisted the help of my good friend, Gerald Parkes, who by this time was operating a very successful nine-screen cinema in

“Gerald agreed to form a new company in partnership and together we reopened the old Odeon in August 2007, now trading as Parkway Cinema Barnsley.”

Gerald died in 2013 following a battle with cancer.

In recent years, it has hosted several 70mm film screenings – one of the few cinemas in the UK capable of doing so – and Rob sourced the necessary equipment and carried out the installation.

“It’s something I absolutely love doing and this award just tops it all off,” he said.