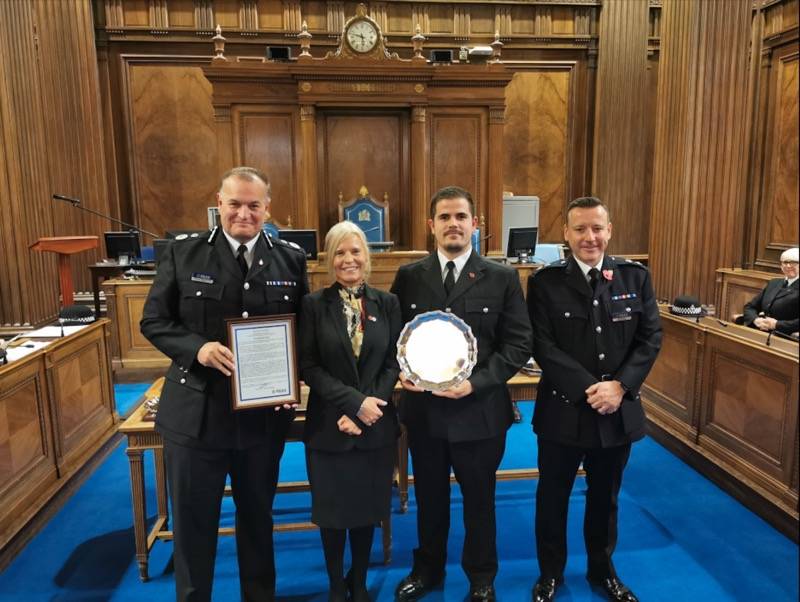 A STUDENT police officer who placed himself in danger to drag a suspect from the River Dearne has been commended for his actions.

PC Tom Wake, who is based at Barnsley station, chased and apprehended a suspect after his colleagues attended a burglary at a property on Dodworth Road, near the town centre, on February 16.

Prior to officers’ arrival, three men fled the scene in a car. The car failed to stop for police and after a short pursuit, the men ran away on foot.

Two men were detained but a third suspect managed to flee the scene before a security guard reported a sighting of the suspected offender and PC Wake arrived.

The suspect, a man in his 20s, ran through bushes and brambles before trying to escape officers by entering the river.

After the man refused to get out of the river, PC Wake jumped in and pulled the man to safety.

The selfless officer was awarded the Don Betton Award, given to a student officer who has shown the greatest development and contribution to their district.

Chief Superintendent Scott Green said: “I had no hesitation in awarding PC Wake the award as he is a conscientious officer and dedicated to providing a quality service to victims and the public.

“PC Wake conducts himself professionally at all times and his drive to learn and progress does not go unnoticed. He is an integral part of his team and highly valued and regarded by his colleagues and supervisors.”