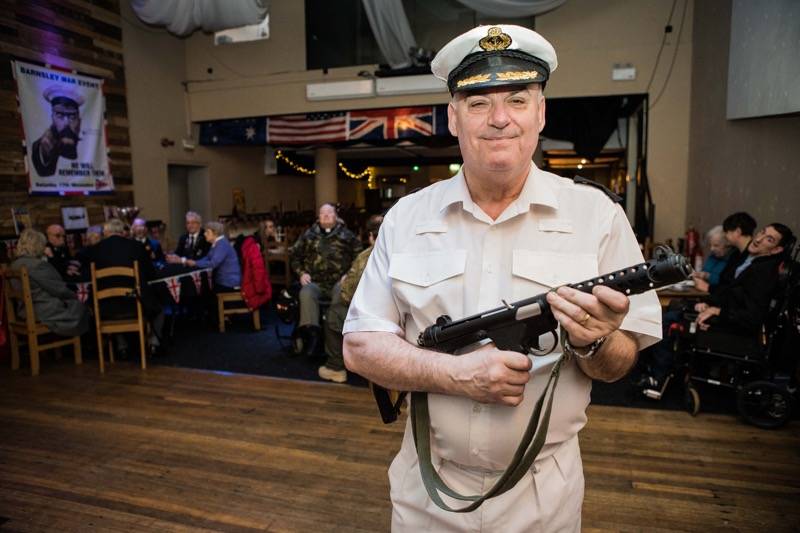 THE organiser of a 1940s-themed event at a town centre bar hopes it can be the start of a fruitful partnership with the Royal British Legion.

The event, held at the Old Picture House on Eastgate on Wednesday December 11, was organised by Dennis Baker in a bid to make sure elderly people would avoid isolation.

A cream tea, the event saw black-and-white films and music from artists such as Vera Lynn and Glenn Miller played – with some revellers turning up in period-specific attire.

“There’s nothing in Barnsley to get elderly people out and about in a safe place, away from the town centre,” said Dennis.

“People can get stuck in the same four walls and they end up just festering.

“It went really well and we’re hoping to get the British Legion more involved for the next one.”

Members of the Royal British Legion were also in attendance, and Dennis added he was looking to raise money for the charity at the next event – which will take place on Sunday January 12.