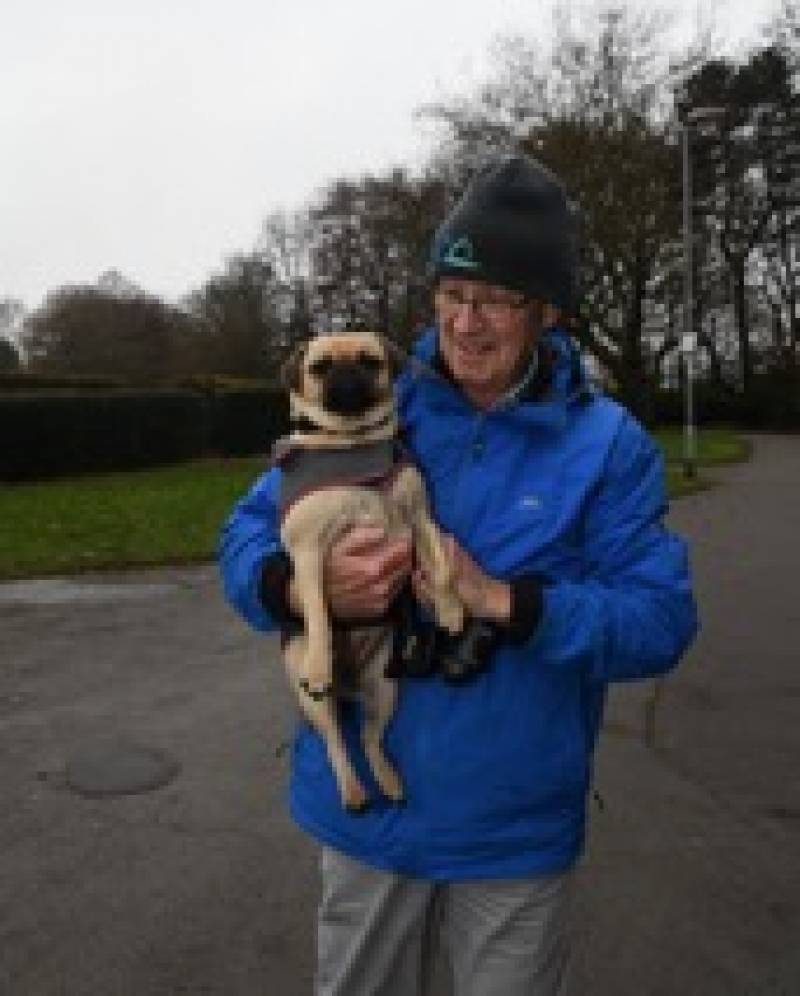 A MAN who wanted to combat loneliness appealed for help on Facebook for a four-legged companion to share his walks with.

Malcolm Price, 80, has always always had dogs and felt lost without his four-legged companion, Jack Russell Alfie who died four years ago. But after his wife Susan was diagnosed with Alzheimer’s, Malcolm was unable to get another pet.

“When Susan was told she had Alzheimer’s my priority became looking after her,” said Malcolm, of Park Road, Kingstone.

“A few weeks ago she went into residential care and I felt at a loose end. The house was suddenly empty and I wanted a companion on my daily walks around Locke Park but I know I can’t look after a pet full-time.”

Malcolm put out a post on Facebook, asking for small dogs to walk around the park, free of charge and was met with a great response.

“I thought since I am not in a position to get a dog that I could borrow someone else’s and take the dog out while the owner was at work – that way it benefits two people.”

“Pippa lives five minutes away from me and I can go and take her out whenever I want a walk,” added Malcolm.

“She gets me out of the house and gives me something to get up for in the morning. It’s nice because I can socialise with other people which is something I struggled to do on my own. People will come over and pet Pippa and strike up a conversation or I’ll get talking to other dog owners as the dogs play.

“It’s a really good way to socialise and it stops me worrying if Susan is being cared for properly, even though I know she is. I still worry about her, but now I know I can go for a walk with Pippa to stop me from worrying too much.”

Now Malcolm wants to appeal to other people who may feel lonely to seek out dogs to walk.

“People are desperate for their dogs to be walked while they are working and I would recommend it for anyone who is suffering with empty house syndrome.”