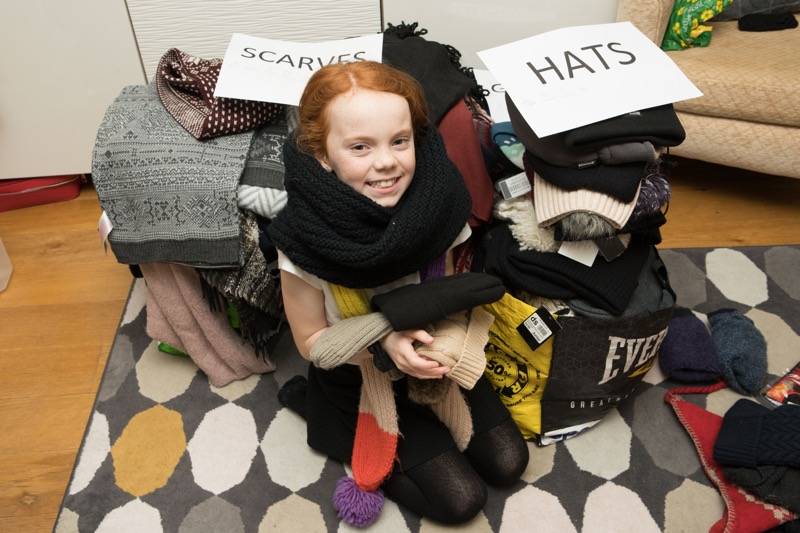 A YOUNG girl who will ‘save the world one day’ has set her sights on helping Barnsley’s homeless to keep warm this Christmas.

Molly Kaye, ten, first had the idea to help Barnsley’s homeless at Christmas back in September when she saw a homeless man outside of her dance school on Eldon Street.

When she asked her mum, Caroline, how the homeless got presents at Christmas, Molly was shocked to discover that they would not be receiving any gifts.

Molly appealed for donations from her dance school, family and friends, and businesses in the Barnsley Business and Innovation Centre (BBIC) on Wilthorpe Road. A marketing business in Leeds even donated £50 after hearing about Molly’s appeal for donations.

“I spoke with Action for Barnsley Homeless, who run a soup kitchen, about what Molly wanted to do and they said that they typically get around 95 homeless people through the door each week, and so Molly set the target of collecting 100 sets of hat, scarves, and gloves to donate there.”

Molly, who is ‘always helping someone’ according to her mum, also wanted to volunteer at the Action for Barnsley Homeless Christmas dinner, but she is not yet old enough so organised a bake sale at her primary school to help raise more funds to go towards donations for the cause.

“She had a meeting with her headteacher and told him what she wanted to do and he said he was nearly in tears by the end of it. She is really quite determined to help – once she gets an idea in her head she will keep going until it’s done which I really admire about her. Last year she even got the school to stop laminating to stop plastic from going into the sea.

“She will save the world one day, I am so proud of her.”

So far, Molly has 82 sets and she hopes to collect more donations to give 100 sets at the Christmas dinner on Monday.

Action for Homeless Barnsley are in need of food, clothing, and toiletries donations in order to keep providing their service to Barnsley’s homeless. If you would like to donate phone 07762 823720 or search for ‘Action for Barnsley Homeless’ on Facebook.