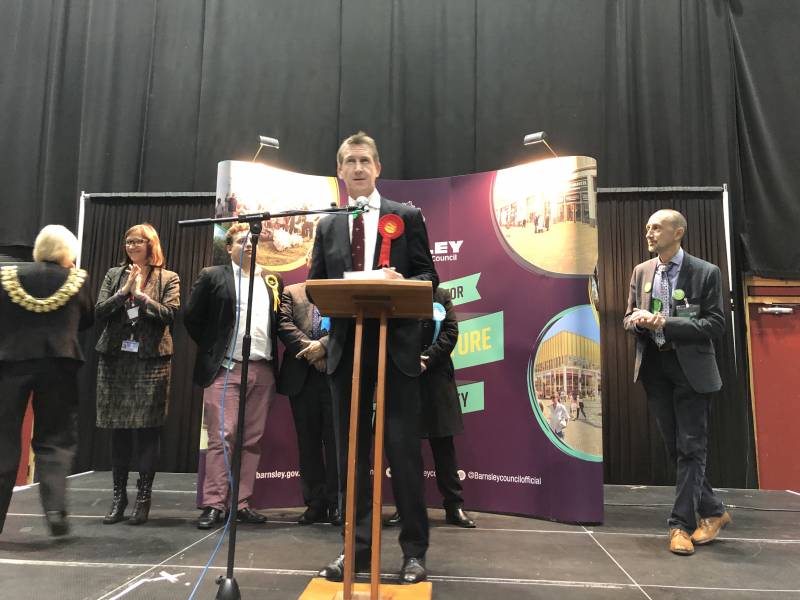 BOTH Barnsley Central and Barnsley East have been retained by Labour's Dan Jarvis and Stephanie Peacock. However on a bad night for Labour nationally, their majorities have been significantly reduced. Dan Jarvis's majority has been slashed by almost 12,000 to 3,571, having been 15,546 at the last election. Stephanie Peacock lost more than 10,000 voters since the last election, with a majority of 3,217. It had been 13,283. Penistone and Stocksbridge may well be among one of dozens of Labour seats which are expected to be lost to the governing Conservative party. Nationally, exit poll information predicts a sizeable Conservative majority, with the Labour Party losing as many as 71 of the seats it won in 2017. Mr Jarvis said: “I’m proud to have been re-elected. Clearly it’s been a difficult night for the Labour Party and we’re still processing the scale of the defeat but I am delighted that I’ve been re-elected along with Stephanie Peacock. “This is a campaign the likes of which we have not seen before. “It has been fought through the winter months, it has been fought predominantly on the issue of Brexit which has been a very challenging issue for the Labour Party and Barnsley where people voted overwhelmingly for leave. “I’m delighted I’ve been re-elected and I look forward to serving my constituency in this next parliament.”Stephanie Peacock said: "Too many people have told me they feel ignored, forgotten and abandoned. "Rest assured, I have heard you all. It is not a good night for my party. The Labour Party was formed to fight for working people and I will now do everything I can to make sure it returns to doing just that. "I will continue to stand up and fight in Westminster where I will always put Barnsley East first."Results: BARNSLEY CENTRALDan Jarvis, Labour, 14,804 - 40.1%Victoria Felton, Brexit Party, 11,233 - 30.4% Iftikhar Ahmed, Conservative, 7,892 - 21.4% Will Sapwell, Liberal Democrat, 1,176 - 3.2% Tom Heyes, Green, 900 - 2.4% Ryan Williams, Yorkshire Party, 710 - 1.9% Donald Wood, independent, 188 - 0.5%BARNSLEY EASTStephanie Peacock, Labour, 14,329 - 37.6%Jim Ferguson, Brexit Party, 11,112 - 29.2%Adam Fenton, Conservative, 10,377 - 27.3%Sophie Thornton, Liberal Democrat, 1,330 - 3.5%Richard Trotman, Green, 922 - 2.4%PENISTONE AND STOCKSBRIDGEJohn Booker, Brexit Party, Miriam Cates, Conservative, Francyne Johnson, Labour, Hannah Kitching, Liberal Democrat, WENTWORTH AND DEARNEEmily Barley, Conservative, David Bettney, Social Democratic Party, Lucy Brown, Yorkshire Party, Stephen Cavell, Brexit Party, John Healey, Labour, Janice Middleton, Liberal Democrat,Turnout figures were 56 per cent for Barnsley Central and for 55 per cent for Barnsley East.