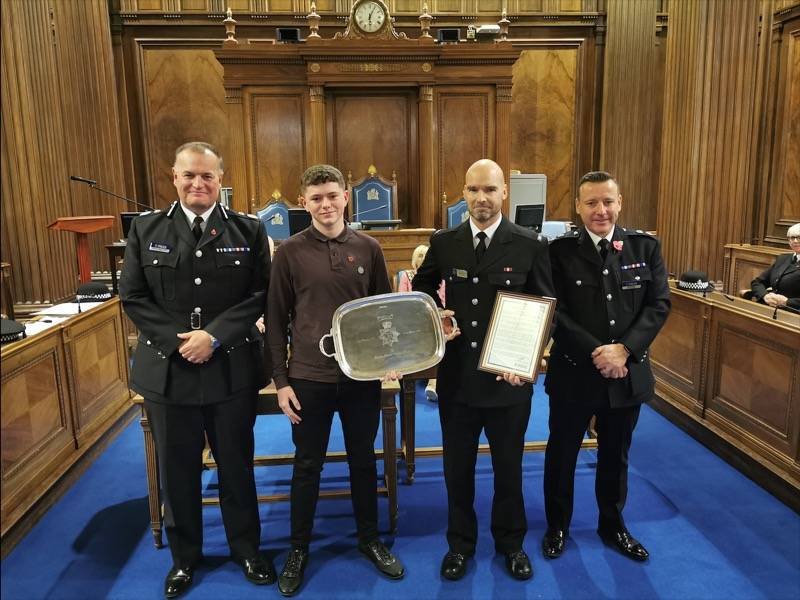 A POLICE constable from Barnsley who had ‘no hesitation in risking his own life to save others’ has been awarded a trophy for his 27 years of policing.

PC Nigel Finlay won the Crawford Roebuck award, which is a trophy in remembrance of PC Roebuck, who lost his life in a motorcycle accident in 1995.

PC Roebuck’s family donated the trophy and annually present it to the officer who is deemed to have made the greatest contribution to the district of Barnsley, in the eyes of their colleagues.

PC Nigel Finlay was nominated for the award by his colleagues for his dedication and commitment.

The officer has been injured while on duty on several occasions, including a serious car crash and a dog attack, but according to his colleagues, he has ‘bounced back with commendable enthusiasm’ being ‘fit and eager’ to serve another day.

PC Finlay, served with the Metropolitan Police for nine years before transferring to South Yorkshire Police in 2001, joining the response officers at Barnsley.

Superintendent Scott Green said: “You have served as a dedicated ambassador for front line policing for all of your service and undoubtedly inspired and influenced colleagues and changed lives of countless members of the community along the way.

“Your colleagues and supervisors hold you in the highest regards.”

Now in his final year of service, PC Finlay is part of the Town Centre Neighbourhood Team, where he draws upon his resilience and experience to tackle issues around drug use, homelessness and antisocial behaviour.

“We are not quite ready to say goodbye to PC Finlay just yet but thank him for his continued efforts to making Barnsley a better and safer place to live and work,” added Superintendent Green.