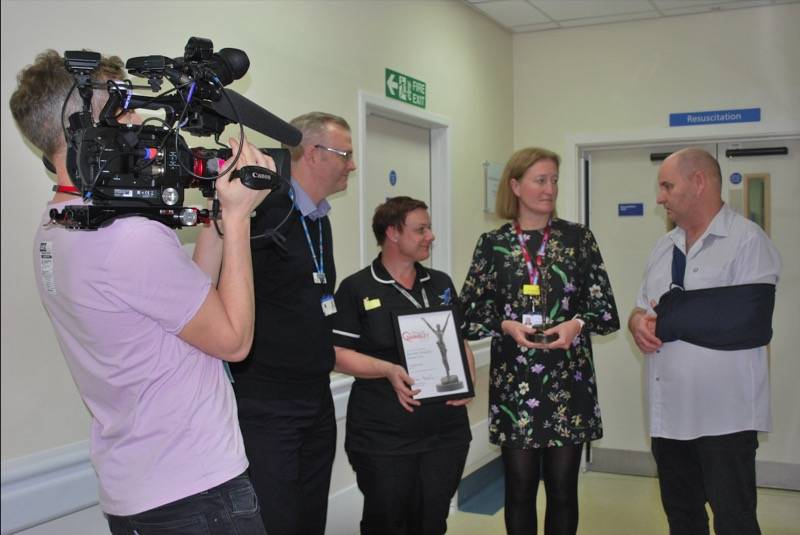 SMILES were brought to the Resus Unit at Barnsley Hospital when the team were presented with their Proud of Barnsley Award.

John Goodfellow helped to raise funds for the hospital after his wife – well-known bingo caller Dorothy Goodfellow – collapsed and died from a heart attack.

Dorothy was just 56 and her death left everyone who knew her devastated. After she died, John, 60, praised the unit for helping him and his family spend time with Dorothy before she died, and more than £4,000 was raised in the her memory, with staff at Dorothy’s work, Buzz Bingo, holding a collection. Money was also raised through donations at her funeral.

The Resus Unit was nominated for a Proud of Barnsley Award for the Hospital Hero, made it through to the final and won the award, but no one from the unit could make the ceremony due to them being so busy, so John and a few of his family members attended.

John collected the award on their behalf.

John gave his praise to the unit. “They do a wonderful job and gave us those few precious moments with Dorothy which would never have had without them,” he said.

“I can’t thank them enough.”

When presenting the award to staff at the hospital, the moment was captured by Channel 5 as the production team are currently filming for the third series of Casualty 24/7, set to air next year.