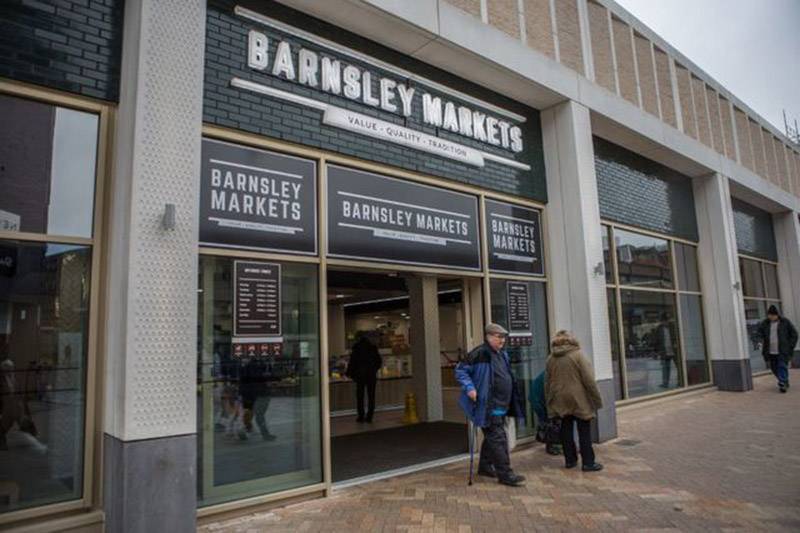 A REVIEW of Barnsley’s flagship Glass Works market will take place next year with the authority insisting it will build on the success of the development which has seen visitor numbers grow by 44 per cent in the last year.That analysis has been questioned by the traders body, the Barnsley group of the National Market Traders Federation, however, which has asked why the council needed to reduce rents for stallholders in the upstairs section of the market by half if custom was so brisk.Barnsley Council says the review will be carried out by NABMA Market Place, a body for market operators, to ‘analyse Barnsley Market’s place within the regional and national market offer, how it contributes to the ongoing success of the town centre and the challenges it faces’.Council figures show footfall - or visitor numbers - is up 44 per cent compared to the old temporary market and the authority insists the development is a success, attracting visits from many other local authorities.However, the council has found itself in increasing conflict with the Barnsley group of the National Market Traders Federation, to the point where it now deals with a group of traders rather than the NMTF officials elected to represent traders.They say Barnsley Council’s decision to cut rents for some stallholders illustrates the reality of difficult trading conditions and because it applies to only some businesses it has left some at a disadvantage.Vice chairman of the Barnsley group, Keiron Knight, said some stallholders had ceased trading, with two going in recent weeks. Figures released in the early Autumn showed many tenants were behind with rent payments.“The council has the best advisors it could have, the traders themselves,” he said.“When the new market opened more than 30 stallholders left because they couldn’t accept the new terms and conditions. Now we are finding people struggling to make their businesses work,” he said.One area of conflict has been the insistence that traders reflect the opening hours of shops which surround them, meaning Thursday openings on a day traders have historically been closed.Barnsley Council says the review was always planned and will ‘aid the ongoing work’ by the council as part of its ‘long term commitment to the market’.David Shepherd, service director for regeneration and culture at Barnsley Council, said: “The market has been open for just over a year, an ideal time to carry out the first review of its progress and operations, a review that we always planned.“One of our key priorities as a council is to ensure that the market is a success. Our fantastic traders make the market what it is and we’ll continue to work with them, listening to their feedback and implementing their ideas wherever possible.“Market Place is an impartial and objective body which is well respected within the industry and we’re confident the review’s outcome will aid us in making important decisions around the market’s direction and help us maintain and improve on its success,” he said.