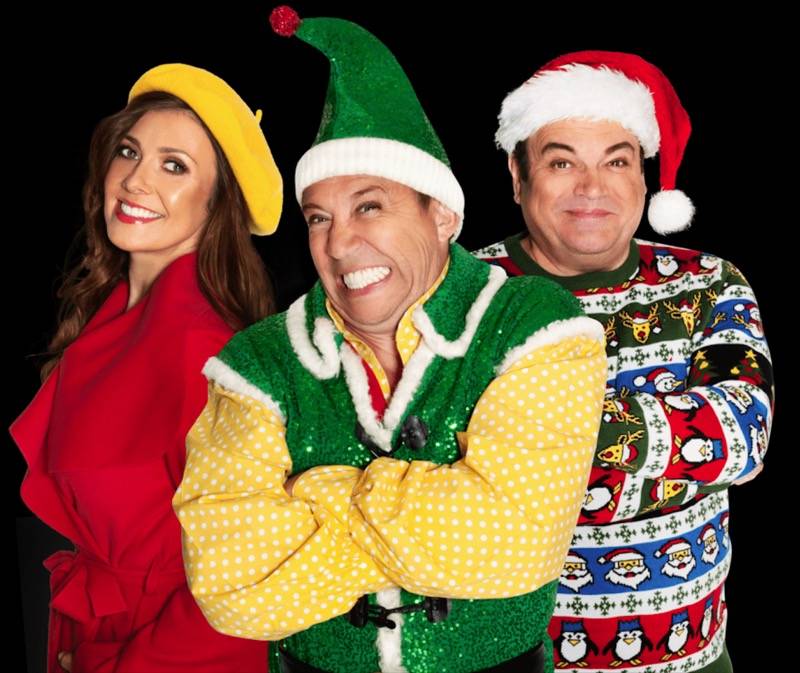 A BARNSLEY singer and former Emmerdale actor will play a leading role in a stage adaptation of a popular Christmas film.

Tam Ryan will be playing Buddy the elf in Elf: A Christmas Spectacular, a musical which is being billed as the biggest live Christmas show in the world.

The show is adapted from the hit 2003 Hollywood movie and boats a star-studded cast, including Coronation Street’s Kym Marsh and Shaun Williamson, who played Barry in EastEnders as well as playing a fictionalised version of himself in Ricky Gervais and Stephen Merchant’s hit comedy Extras.

Ex-Emmerdale actor Tam, 43, will play the titular character of Buddy the Elf, who leaves the comfort of the North Pole to go in search of his real-life dad.

“I know the film pretty well,” said Tam. “When I met my future wife, we did all those awkward first date questions and they included favourite films. This was back in 2007 and even then she picked Elf, so it feels quite cathartic.

“I honestly feel more pressure from the family to make sure I don’t do a lukewarm interpretation of Will Ferrell. There’s more pressure on me for that than actually performing in front of 6,000 people.”

Speaking about the production appealing to every member of the family, Tam said: “It’s important, because the film was a family film and people are paying good money for tickets. It has to be for everyone. There’s comedy, big choreography, there’s spectacle. If you’re a downtrodden dad faced with a seven-minute musical medley, you may decide to pop to the loo at that moment. But when you get back, there’ll be some quick-fire comedy patter or something else that you will really enjoy. It’s a fast show, and it has to be, given what we’re doing and the size of the arenas and the audiences we’re playing to. It can’t sag at any point.”

With three stages, a flying sleigh, an audience snowball fight, and more, Elf is coming to Liverpool’s M&S Bank Arena on December 7 and 8, the SSE Hydro in Glasgow on December 14 and 15, and the SSE Arena, in Wembley, London, on December 21, 22 and 23.