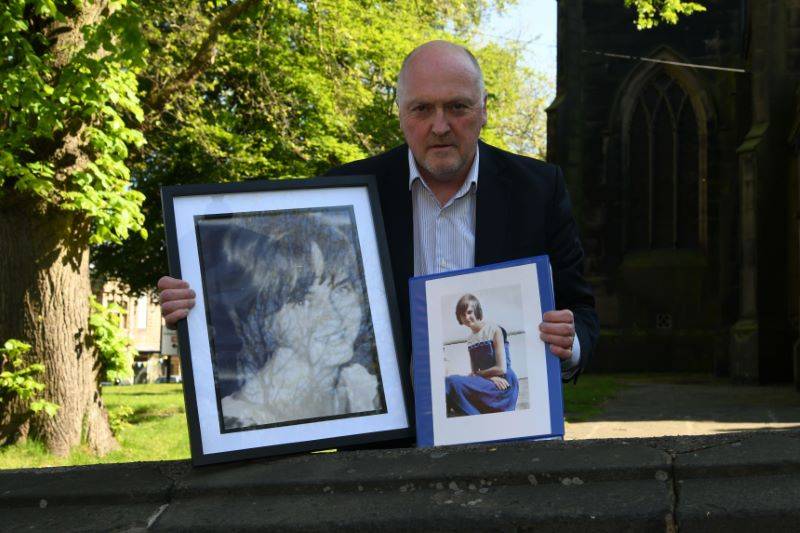 THE family of a girl suspected to have been murdered by ‘Beast of Wombwell’ Peter Pickering in 1965 say they will never fully have justice after an inquest found she was unlawfully killed.

Elsie Frost, 14, was stabbed to death as she walked home in Wakefield. There was never a successful prosecution over her murder, but detectives – who have been reinvestigating Elsie’s murder since 2016 – were preparing to charge convicted child killer and rapist Pickering after new evidence came to light.

However, the 80-year-old – described as a ‘homicidal maniac’ at the inquest – died in March last year after being taken ill in the secure psychiatric accommodation in Berkshire where he was held for more than four decades.

Two months after Elsie’s death, Ian Spencer was charged with the schoolgirl’s murder but was cleared in 1966 leaving the case cold for nearly 50 years.

A fresh inquest, which the Frosts had successfully campaigned for, opened in Wakefield on Monday and concluded a day later, which saw coroner Kevin McLoughlin say he was unable to apportion blame in the inquest but described

Pickering as ‘dangerous’ before recording an unlawful death.

Elsie’s brother, Colin, told the Chronicle: “We feel like we’ve put the jigsaw together but we’re still without that one final piece – we’ll never find that because Pickering died before he could be charged.

“However, we’re as happy as we can possibly be following the inquest because it’s totally cleared Ian Spencer and the police believe Pickering was responsible for Elsie’s murder.

“Pickering’s crimes shocked local communities and it resonated not only in Barnsley and Wakefield but nationally.

“The public’s response has been overwhelming – it just goes to show that even after all this time, Elsie’s story still has a huge impact on so many people.”

The inquest was told that police put Pickering’s Wombwell home under 24-hour surveillance for two weeks following the killing.

Officers saw a woman, who they thought was his mother, coming and going from the house, but only belatedly realised it was Pickering dressed up.

Following Mr Spencer’s arrest, Pickering was left free to abduct and rape an 18-year-old woman and murder another 14-year-old, Shirley Boldy, after abducting her from Wombwell in 1972.

Although he was jailed seven years later for Miss Boldy’s murder, Elsie’s family were robbed of the ‘closure’ they sought.

West Yorkshire Police revealed they were close to charging Pickering when he died.

Det Ch Supt Nick Wallen said: “I firmly believe that, if it had not been for his own death, he would have been charged and put before a jury to answer for Elsie’s murder.

“While Colin and Anne (Cleave, Elsie’s sister) sadly never had the chance to see Pickering charged and in court, I hope the conclusion of these proceedings may now bring them some comfort.”