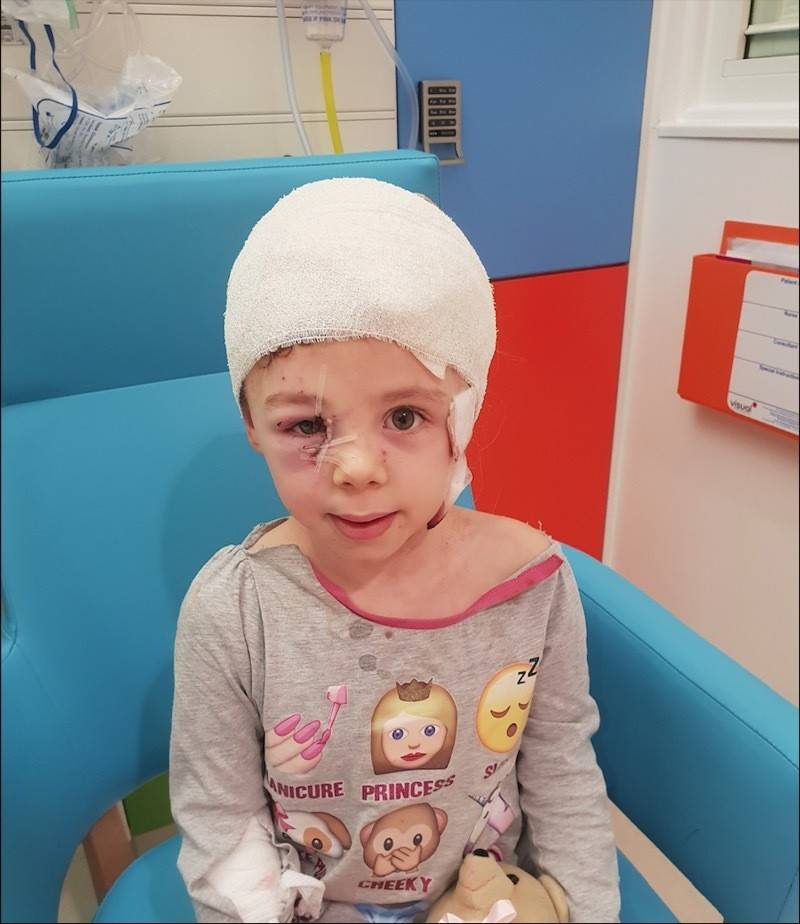 THE family of a girl who survived a horrific dog attack which left her skull exposed have paid tribute to the hospital which saved her life.Sophie Evans, seven, from Wombwell, was attacked by a German Shepherd in January this year when she was with family in Brampton.The attack left the Kings Oak Primary pupil covered in blood, with bite wounds across her face and scalp that were so severe they left her skull visible.

Sophie’s mum Lyndsey Evans said she received a call at work telling her Sophie had been attacked and said she was ‘heartbroken’ at seeing the seven-year-old’s injuries.“To this day, I cannot believe how brave she was when I arrived,” said Lyndsey. “She just held out her hand and said ‘mummy, I’m OK.’”Sophie was rushed by ambulance to Barnsley Hospital. Upon reviewing her injuries, the consultant immediately arranged for her to be transferred for specialist emergency care at Sheffield Children’s Hospital’s emergency department.Lyndsey, who works as an emergency department receptionist, said she is used to seeing people with bad injuries but said ‘nothing can prepare you for being on the other side as a parent’.“I honestly didn’t know what would happen. Sophie’s brother Jack, who is only nine himself, saw the attack and began to worry that she wouldn’t make it,” she said.When Sophie arrived at Sheffield Children’s Hospital, the team immediately dressed her head, face and eye and scheduled surgery for the following morning. The next day, Sophie spent four-and-a-half hours in surgery. The clinicians cleaned and stitched her wounds and only two days later the family were discharged home. Three weeks after she was discharged, Sophie was able to return to school.“All the staff who helped us were absolutely amazing, words will never be enough to explain how forever grateful we will be,” said Lyndsey. “On the worst day of our lives, they made sure we were all looked after and reassured. Sophie’s scars are barely noticeable today. They fixed my Sophie up and she is perfect to us once again.”The family has now devoted themselves to fundraising to ensure the patients have the best facilities possible and have committed to helping The Children’s Hospital Charity’s £4.5m appeal to build a new emergency department at Sheffield Children’s Hospital.Sophie’s older brother Jack has already begun the effort, running the Sheffield City 10K alongside his dad Rob, 37, in October; raising £800 towards the appeal to thank the hospital for his sister’s care.