Ian’s pride and joy up in smoke 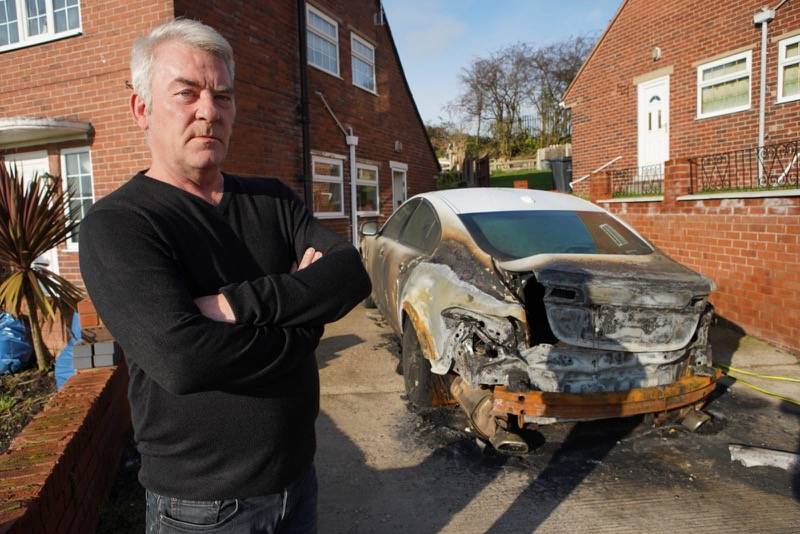 A RETIRED miner who bought himself a luxury car after he was diagnosed with a lung disease has been left devastated when it was ‘deliberately’ set on fire.

Ian Millthorpe, 58, of Windmill Avenue, Grimethorpe, bought his Jaguar XFS after he got a £25,000 payout from the Department of Work and Pensions when he was diagnosed with pneumoconiosis in 2016.

The disease is due to inhalation of dust and is common in coal miners and others who work with coal.

The dad-of-eight said he was asleep on his sofa at home on November 4 when his 12-year-old daughter woke him up screaming about the car being on fire at around 11pm.

Mr Millthorpe said he has been left devastated by the damage done to his car, which cost him £16,000 and has had to be written off.

“If it wasn’t for my daughter being awake and letting me know the car was on fire, we might not be here,” said Ian.

“If it had become a bigger fire it could have spread to the house and God knows what could have happened.

“I’m just so upset, I have no enemies or know anyone who would have anything against me.

“My elderly neighbour told me she had seen two young lads running away after seeing them on my drive appearing to be lighting something.”

Ian said he has reported the incident to the police and is now offering a reward of £500 to anyone who can give information leading to a successful conviction.