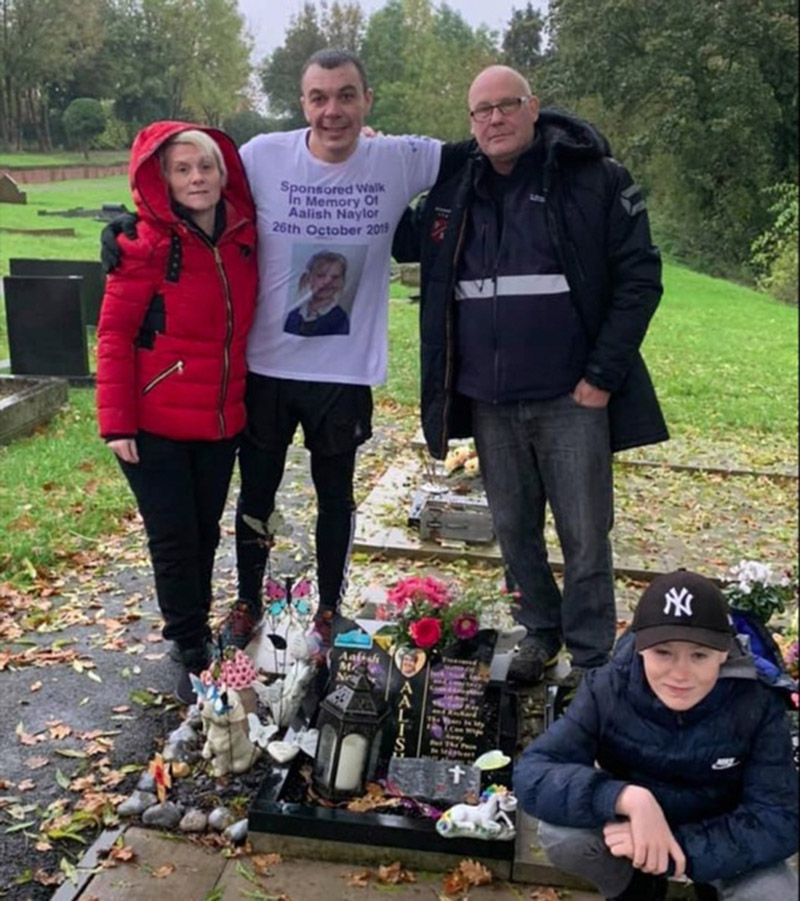 THE family friend of a little girl who died from a rare form of cancer tackled a 24 mile walk and raised more than £1,000 for charity.

Richard Appleton, who is originally from Darton but now lives in Belgium, walked from Sheffield Children’s Hospital to Dodworth, raising funds in memory of Aalish Naylor.

Aalish was just eight when she died last year after losing her battle with neuroblastoma – a type of cancer which affects the nerve tissue.

Richard and his family were very close with the Naylor family, and his daughter Kadie, 13, was best friends with Aalish.

The walk saw Richard start from Sheffield Children’s Hospital and finish at Aalish’s grave in Dodworth.

He raised more than £1,000 for Aalish’s Ride the Theme Dream charity, which was set up by Aalish’s mum Joanne Naylor.

The charity will offer children with the rare form of cancer and their families time away from the hospital to be able to enjoy theme parks.

Richard, who is a sergeant for the 2nd Battalion in The Yorkshire Regiment, said he ran most of the journey and completed it in less than three hours, despite the pouring rain.

He also said the journey was ‘very emotional’.

“It was very wet so I ended up running most of it,” said Richard.

“I struggled with the amount of water and had to run through large puddles which wasn’t nice.

“However, the walk itself was very emotional as this was Aalish’s last journey. And as much as it was a difficult journey, I kept saying to myself ‘I am not going to be in as much pain as that little girl would have been’.

“I just ran straight to her resting place, bent down and gave her a kiss. “This charity is something that is very close to my heart and I want to do things like this for as long as I can.”

To donate to Aalish’s Ride the Theme Dream, search the charity’s name on Facebook.