£3.5 million to go on improvements to casualty unit 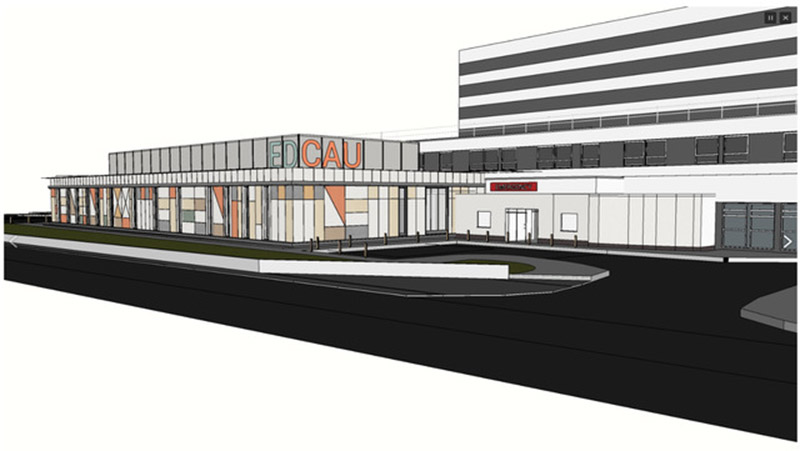 A MULTI-MILLION pound transformation of Barnsley Hospital’s emergency department is expected to ramp up later this month as part of a raft of changes announced by its ruling trust.

The work, which will create a new look to the hospital on its Gawber Road side, will cost £3.5m and is expected to last for up to two years before it’s completed in spring 2021.

A co-located children’s emergency department and child assessment unit will provide an ‘improved patient experience’ and enable the hospital to free up its capacity – a 50 per cent increase in major bays – to treat adults in the current emergency department.

There will also be a new ambulance entrance and associated engineering works for traffic management due to the placement of the new building on the front of the current emergency department.

Associate director for estates and facilities, Rob McCubbin, thanked patients and visitors for their patience ahead of the work, which has already seen workers arrive at the site.

He said: “We’re working hard to minimise disruption for visitors during these works and ask people to check our website for the latest updates about car parking.”

Work is necessary, according to a hospital report, to reduce the number of patients being admitted for a stay when they could be treated with less disruption in the child assessment unit (CAU).

Currently, Barnsley has a children’s assessment unit and ward area which is separate to the children’s emergency department, but the new plans will see staff caring for children in two areas of the hospital instead of three, meaning more time can be spent with patients and less time walking between departments for both patients and staff.

The report added: “The service’s opening hours will increase from a 12-hour pattern from Monday to Friday to a 24-hour, seven-day service, reducing potentially avoidable ward admissions when a CAU service was not operating.

“Patients will also be treated in the vicinity of the emergency department for both their initial and pathway care without the need for a disruptive transfer to the paediatric ward unless it is absolutely necessary.

“The new scheme is aligned with regional and national ambitions to future-proof local hospital services.”

The existing emergency department was designed to cope with about 150 patients a day, but has had to cope with up to double that in recent months before the plans were announced.

Ben Brewis, Barnsley Hospital’s deputy director of operations, added: “Regionally, 85 per cent of children stay in hospital for less than 48 hours with many needing less than a 24-hour stay.

“These children are often admitted to an inpatient paediatric unit, however a significant number of them might most appropriately be seen in a CAU or short-stay unit.

“Bringing together the children’s emergency department and children’s assessment unit into a co-located integrated model will deliver a better patient experience for children and families accessing urgent care.

“It will also improve privacy and dignity for emergency department patients and allow our teams to work together more closely.”