Charley grows her own 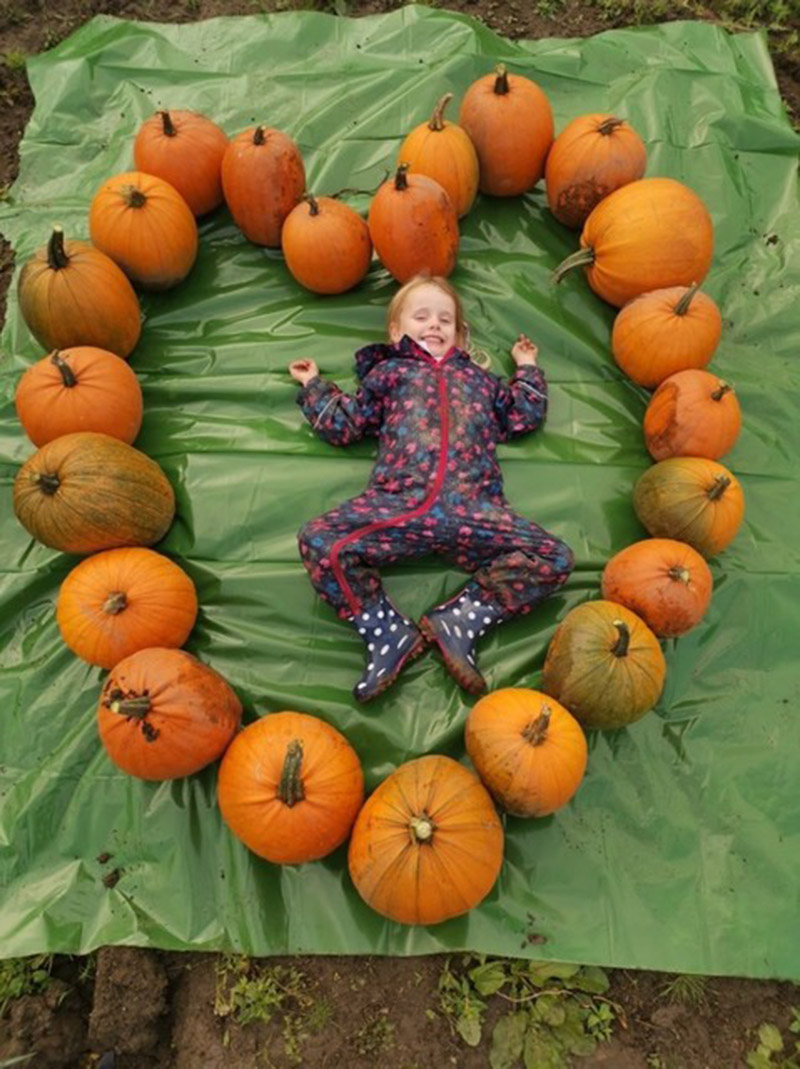 A GREEN-FINGERED four-year-old is celebrating after growing a bumper crop of pumpkins at her allotment.

Charley Saunders is just four years old but has already caught the gardening bug. She helps out on her dad’s allotment and her hard work growing pumpkins has led to a bumper crop for the tot.

“We’ve had our allotment for just over a year,” said Charley’s dad Paul, 35.

“Her granddad has a greenhouse so she was already used to planting seeds and she got stuck in straight away.

“We’ve planted cucumbers, beans, sweetcorn and loads of other veg but I think the largest amount was our pumpkins which were all Charley’s doing.

"She has a trampoline down at the allotment but she is more interested in tending to her plants than she is playing on her trampoline.”

Charley grew 22 pumpkins which have since been given to friends and family and also to Charley’s school, Hunningley Primary.

“She was absolutely amazed, she couldn’t believe how many she had grown,” said Paul, of Bank Street, Stairfoot.

“She planted all the seeds herself and watched them grow. She used to say they weren’t pumpkins because they were green but we told her that they will become orange when they are ready.

“I think now she is looking forward to carving one of her pumpkins for Halloween and I suppose this means we will have to find a way to cook the pumpkin so it doesn’t all go to waste.

“She loves working at the allotment and I hope she will carry on being green-fingered as she gets older.”