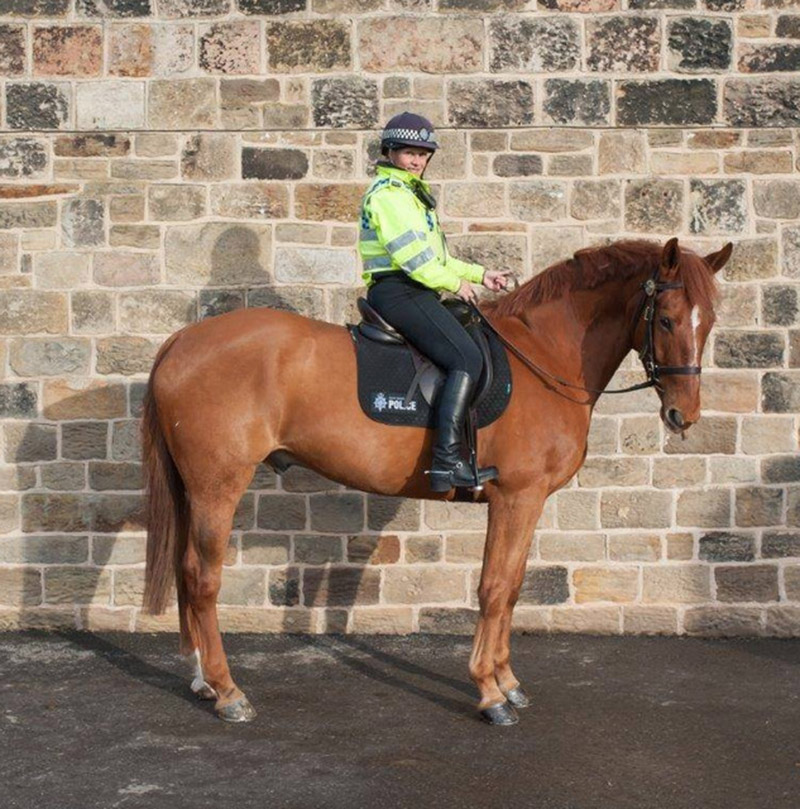 A POLICE horse has been forced into early retirement due to a long-term leg problem.

Noddy, based at Ring Farm in Cudworth, had previously lived a quiet life in Cheshire and after being spotted for sale, he joined the force’s other serving horses.

Noddy, a 17hh Irish sports horse joined South Yorkshire Police in October 2016 as an eight-year-old but after extensive veterinary care, it was decided that it would not be fair for Noddy to continue his policing career.

Throughout Noddy’s three years’ service he attended many local schools, policed football matches and concerts, and patrolled his local area.

PC Lindsay Crew has been Noddy’s main rider for the past two years and said: “Noddy is nothing less than a perfect gentleman, he has the most impeccable manners and I couldn’t have asked for a better partner.

“He has never been the bravest police horse, he always liked to follow the others, but he put his heart into everything you asked of him.

“Once I gained his trust, he would take confidence from me as a rider to be brave and face the challenges of everyday policing.

“I am sad to see Noddy go but it is in the best interests for him and also for our team.”