House about this for a nice idea from retired engineer Trevor? 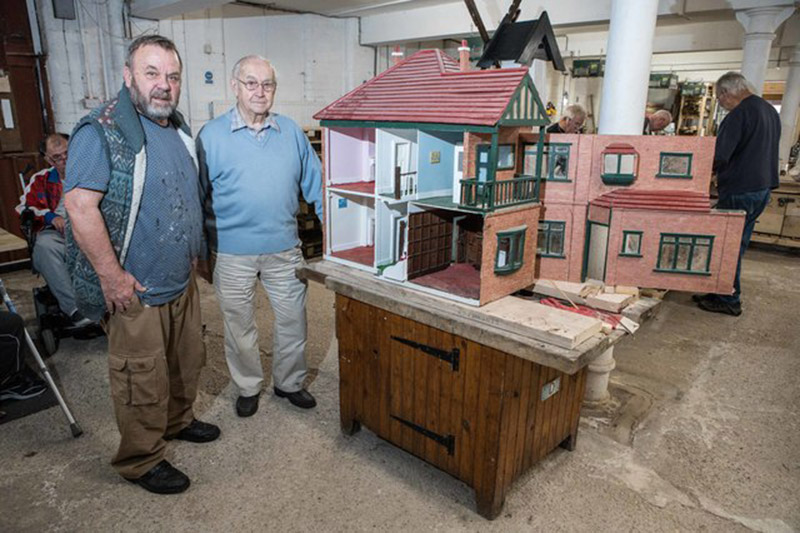 A RETIRED engineer spent the past year renovating a doll’s house so that children at a local nursery can play with it.

Trevor Bissett, 86, set about transforming the doll’s house after it was donated to Wonderland Nursery, Cudworth, in a bad state of repair.

“My daughter works at the nursery and she told me about the doll’s house that needed work doing to it,” said Trevor, from Churchfield Close, Kexbrough.

“Apparently a lady had bought it on the internet and was intending to repair it but the repairs that needed doing were beyond her ability so she gave it to the nursery and it was passed on to me.

“I took it home to try and work on it in my shed but realised that there wasn’t enough room so I started looking for a place to work on the doll’s house.”

Trevor joined the Age UK project, Men in Sheds, which was created to help men combat loneliness while learning new skills such as woodwork or IT.

“I had heard about the Men in Sheds project and I thought I would come down and see what it was like and now I come twice a week to work on my little projects.”

“It was quite old and it had glass windows which obviously aren’t suitable for children to be playing with so I changed them for Perspex. Parts of the roof were missing as well so I fixed that and made new parts to replace what was missing.

“It’s been a challenge and I’ve really enjoyed doing it. I’ve not done everything on my own, one of the members is a retired painter and decorator so he helped decorate the inside of the house and other members have helped me too.

“I’m currently working on a bird table and some other little projects which I am looking forward to doing.”