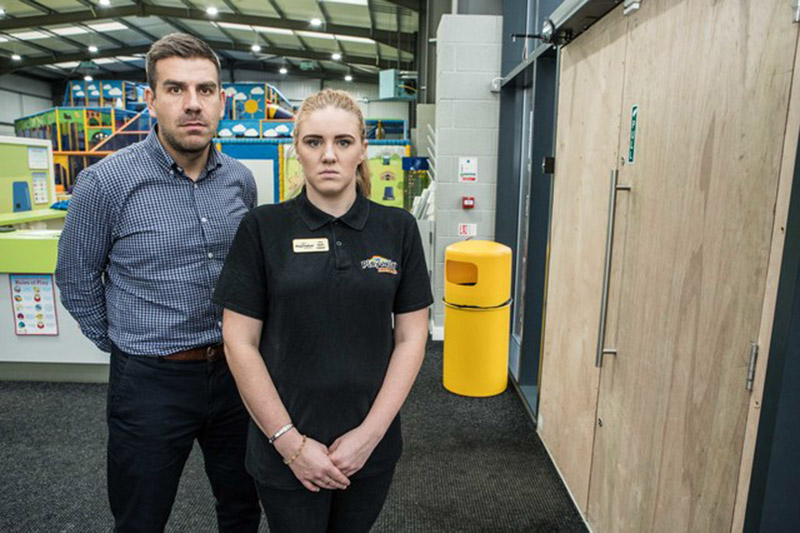 A CHILDREN’S play centre was ram-raided by thieves – almost two years to the day after it was last targeted.

The thieves targeted Play Valley, on Rotary Drive in Wath-upon-Dearne, on Sunday night – using a people carrier to smash the glass front doors off their hinges.

But the centre’s managers – following another break-in two years ago – are using the opportunity to look into inventive ways to foil any future crooks.

“One positive to come out of this is that we are looking into going completely cashless,” said director Simon Jesson.

“A lot of our customers don’t use cash, with contactless and Apple and Google Pay being almost the norm now.

“If we don’t take any cash, we make it as risk-free as possible for everybody so if there ever is a break-in all they’re going to get away with is some Fruit Shoots and sandwiches.

“It’s not a decision to take lightly, but it would definitely be bad news for these burglars if every business in the area did the same.”

The break-in occurred almost exactly two years after the first incident, with the thieves on that occasion breaking through the wall.

Both have happened in what Simon said was the centre’s peak season as Christmas approaches.

“It has an effect as you remember how much work goes into making sure it’s back up and running again, you can’t just come and sweep the glass up and open up,” said Simon.

“But we have to, the business wouldn’t survive if we stayed shut for a few days.

“Whoever they are, they’re coming for cash, but it’s an absolute waste of time.

“It’s a family business, it’s not like we have thousands of pounds on the site.

“The staff are obviously a bit on edge, but we have tried to put as many measures in place as possible.

“Some businesses do get to the stage where this sort of thing happens multiple times and they’re forced to give up.”

A spokesman for South Yorkshire Police confirmed an investigation was ongoing following the incident after officers were called to Play Valley at 7.44pm on Sunday.

“It is believed that offenders gained access to the property by using a vehicle to cause damage to the door,” continued the spokesman.

“A quantity of cash was stolen. Officers are investigating and are keen to hear from anyone who has any information that may help with their enquiries, please call 101 quoting incident number 793 of October 13.”