March through London over Brexit planned 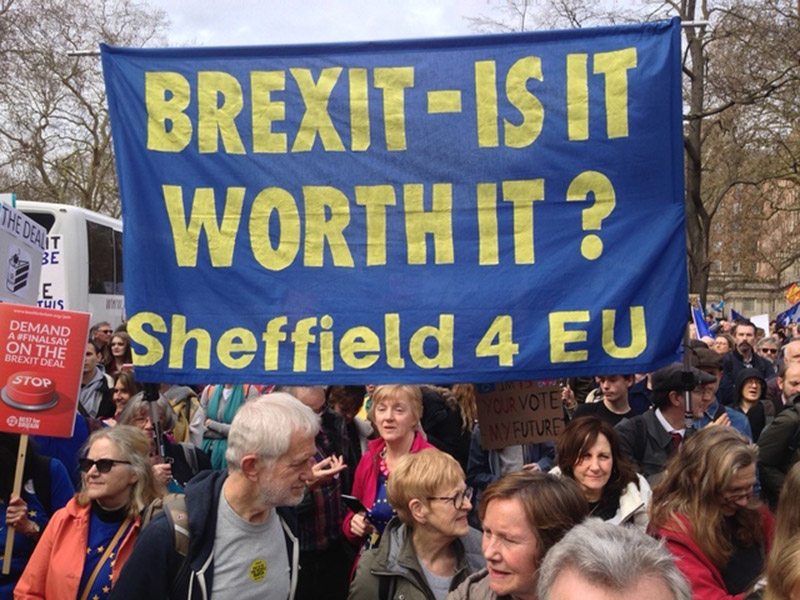 HUNDREDS of campaigners will be heading to London on Saturday to join a march demanding that the people’s voices are heard before final decisions on Brexit are made.

The march, named ‘Together for the Final Say’, will demand that the people’s voices should be heard before any final decision is taken about a Brexit Deal or no-deal.

More than 170 coaches from across the UK will be travelling to the capital for the march which begins at 10am.

Two coaches will be leaving from the Haigh Lane roundabout and Barnsley folk are being asked to take part.

Mary Seneviratne, Chair of Sheffield for Europe said: “For more than three years, campaigners here in South Yorkshire and North Derbyshire,and across the UK, have been running street stalls, delivering leaflets, and making the case for a People’s Vote to settle the Brexit issue once and for all.

“Now we are coming together in London to demand that our voices are heard.

“Boris Johnson needs to hear loud and clear he must seek our consent before he inflicts his damaging Brexit on our country.

“The Together For The Final Say” march on Saturday will be a huge democratic moment for our country as we say loud and clear that, whatever you think about Brexit, the only clear way out of this mess is to give the people the final say.”

Those who are interested in attended is to meet at 7am at Haigh Lane roundabout on Junction 38 M1.